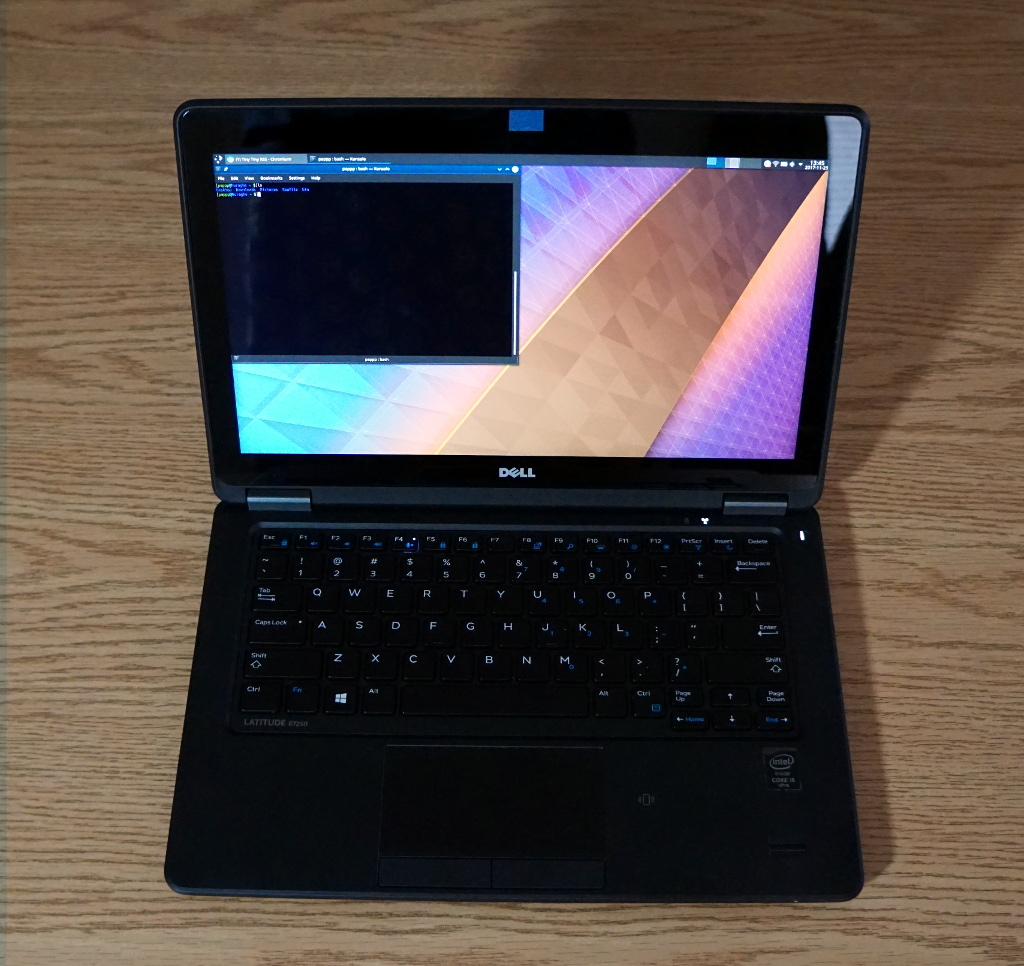 I picked up a refurbished Dell Latitude E7250 (Dell’s “Premium” 12.5″ laptop, just over a generation out of date) because the little loaner Inspiron 11-3000 I’d been using as my carryin’ around laptop had become unacceptably shitty at essentially all the things I wanted to use it for. The E7250 is Superb, with notes:
END_OF_DOCUMENT_TOKEN_TO_BE_REPLACED 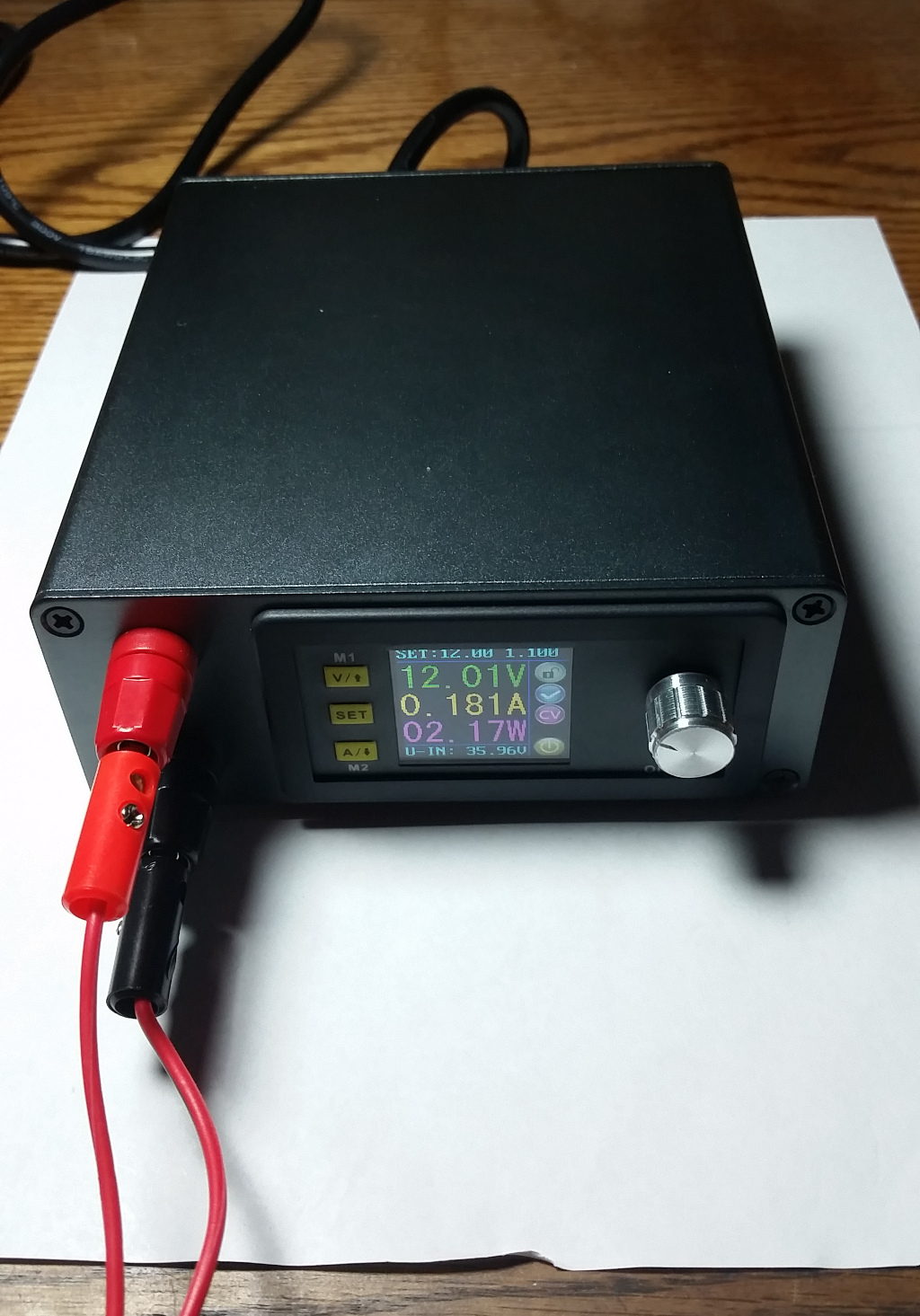 I set up a slightly different configuration than is typical, and am documenting it for funsies and/or to ease clones if anyone is so inclined. The whole project was about $60 all-in, for an (approximately) 0-34V, 0-5A adjustable bench power supply.
END_OF_DOCUMENT_TOKEN_TO_BE_REPLACED

I hacked together an Arduino Micro firmware that is a drop-in replacement for a Spiffchorder, long version and code below the fold.
END_OF_DOCUMENT_TOKEN_TO_BE_REPLACED

I’m finally not living so dangerously with the data outside my Seafile-synced live set and doing proper backups of all my machines, including laptops. I’m also now storing my various media files on a RAID instead of a single large USB hard drive dangling from whatever machine is attached to my TV. Now that the semester is over and I’ve had time to put some finishing touches on the system, here are some process docs under the fold for the use of my future-self and others – the first part is about my new home server, the second part covers the (likely more transferable) set of borg and rclone incantations, scripts, unit files, etc. that make it all work.
END_OF_DOCUMENT_TOKEN_TO_BE_REPLACED

A second consecutive CNC post, because I haven’t had time to write up long-form posts for months, and something requiring documentation came up today.

While I’m still quite happy with LinuxCNC (especially since I discovered NativeCAM), my adviser bought himself a GRBL-DB25 adapter board for his 3040T mentioned in my previous post. He has been unsurprisingly unsatisfied with the performance of the terrible old SFF P4 box he has been using to drive it with LinuxCNC, and we’ve (read: I’ve) become reasonably comfortable with grbl due to the several shitty diode laser cutters that have recently proliferated around here (One or more of the involved parties will be posting about those shortly). As I’ve noted elsewhere, grbl is not my first choice, but has reached baseline required functionality in versions >1.1 and is unarguably convenient. 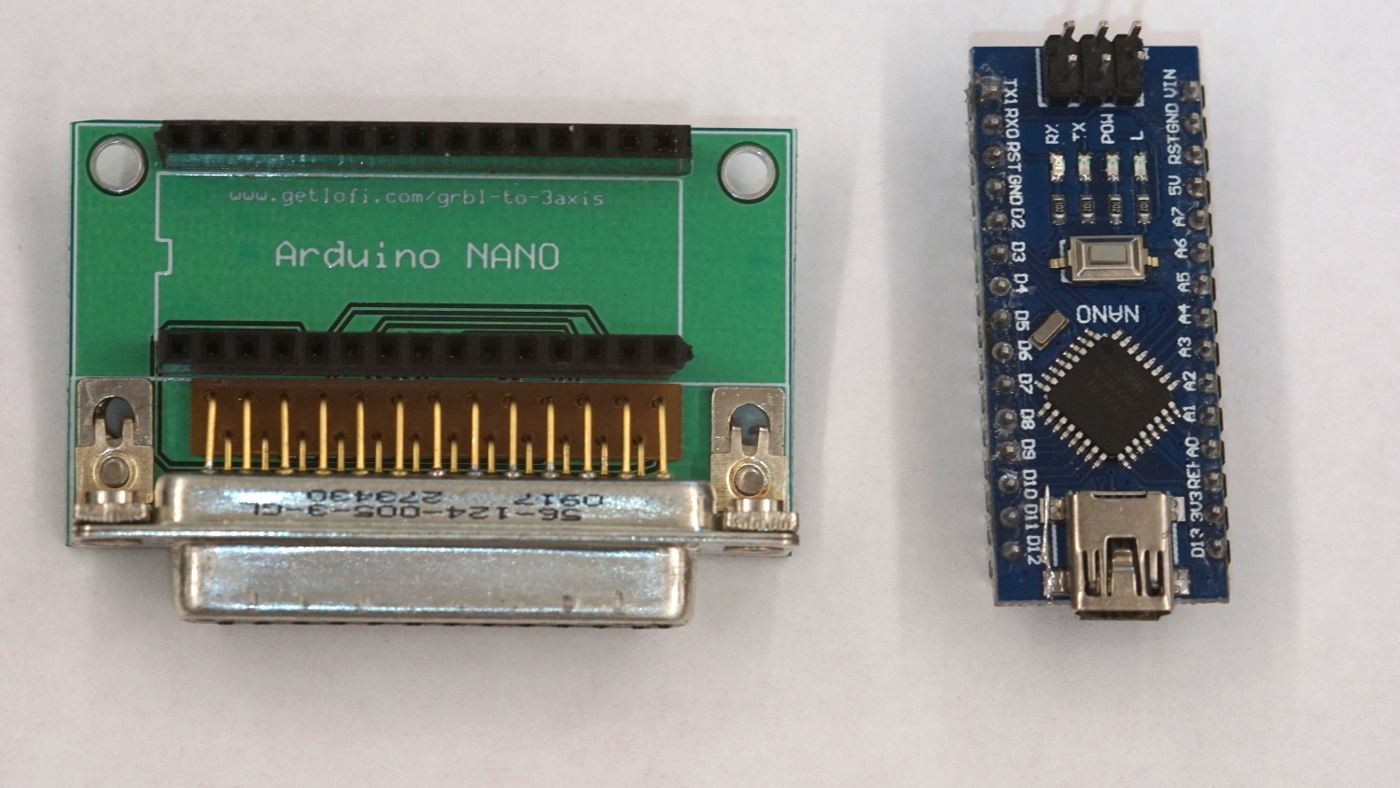 In particular, he went with one of the Arduino Nano based boards floating around ebay with titles like USB 3-Axis CNC TB6560 Driver Board Controller Converter GRBL Arduino Nano DB25, which are unfortunately both undocumented and (as it turns out) unsuitable. He asked me to help set it up, and this post serves to document and warn based on my findings.

It seems like it should be a great solution, but it will not work with the typical black control boxes that come with many little aluminum CNC machines or most other common 3 or 4 axis breakout boards. It has the (dead) URL www.getlofi.com/grbl-to-3axis on the silkscreen, and while getlofi.com does appear to be a valid page run by some hackers mostly into circuit bending, I couldn’t shake any mention, much less relevant documentation out of the page. What I did find with a continuity tester and some patience is the following unfortunate arrangement: 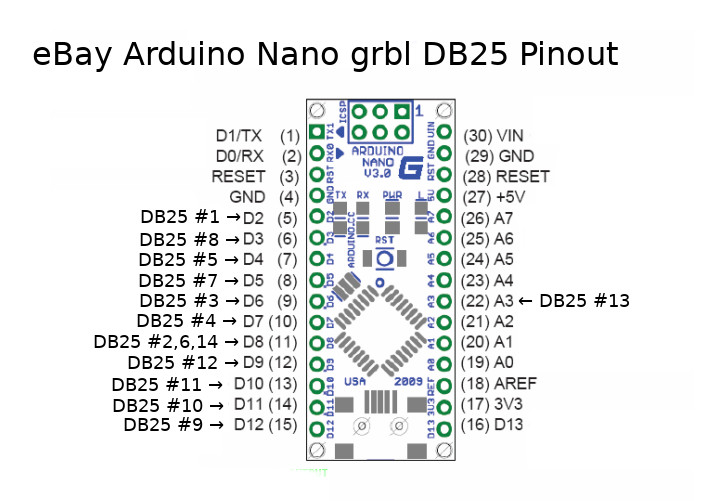 The problem is that the designer decided to tie DB25 pins 2,6,and 14 together to nano pin 11 (D8) with traces on the adapter. This renders it completely unusable with the 2-7 StepX/DirX/StepY/DirY/StepZ/DirZ pinout the vast majority of boards use, as StepX and StepZ are wired together. If I’m inferring which shitty blue TB6560 3-axis board it’s designed to work with correctly, 2, 6, and 14 are intended to be per-axis stepper enable pins, but that is not a particularly common configuration. 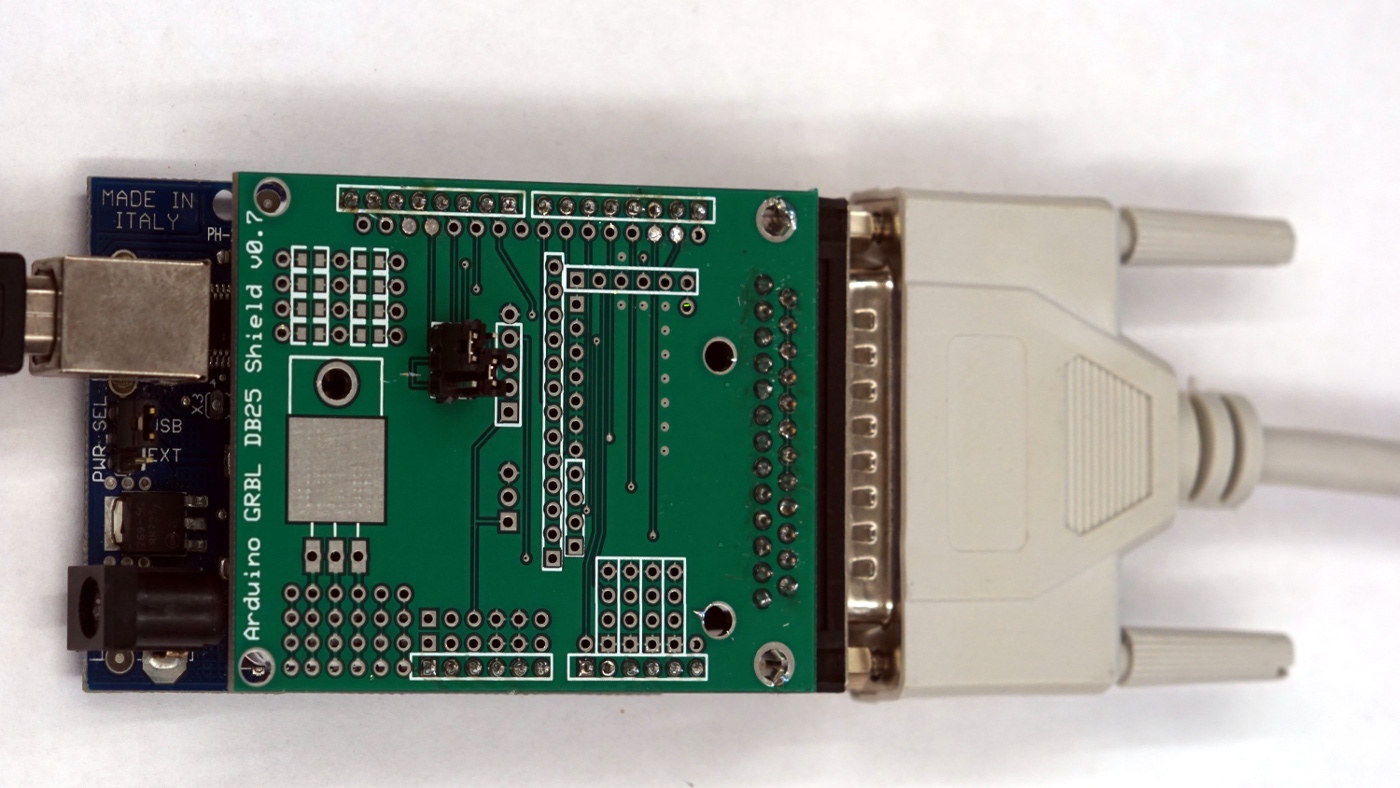 For contrast, I picked up one of the Arduino GRBL to DB25 CNC Shield Kits available from “Ron” on Tindie to throw in my parts bin for testing. It’s actually documented, supports the pin-out most parallel control boards I’ve encountered use (with the default grbl pinout no less), and has each individual pin broken out like a sane designer, so it should support any reasonable configuration. I tried my tindie board with the machine that was supposed to get the fail board, and it seems to work fine, so I’m going to encourage picking up one of those instead (unless we get ambitious and just cut our own DB25-Nano board). 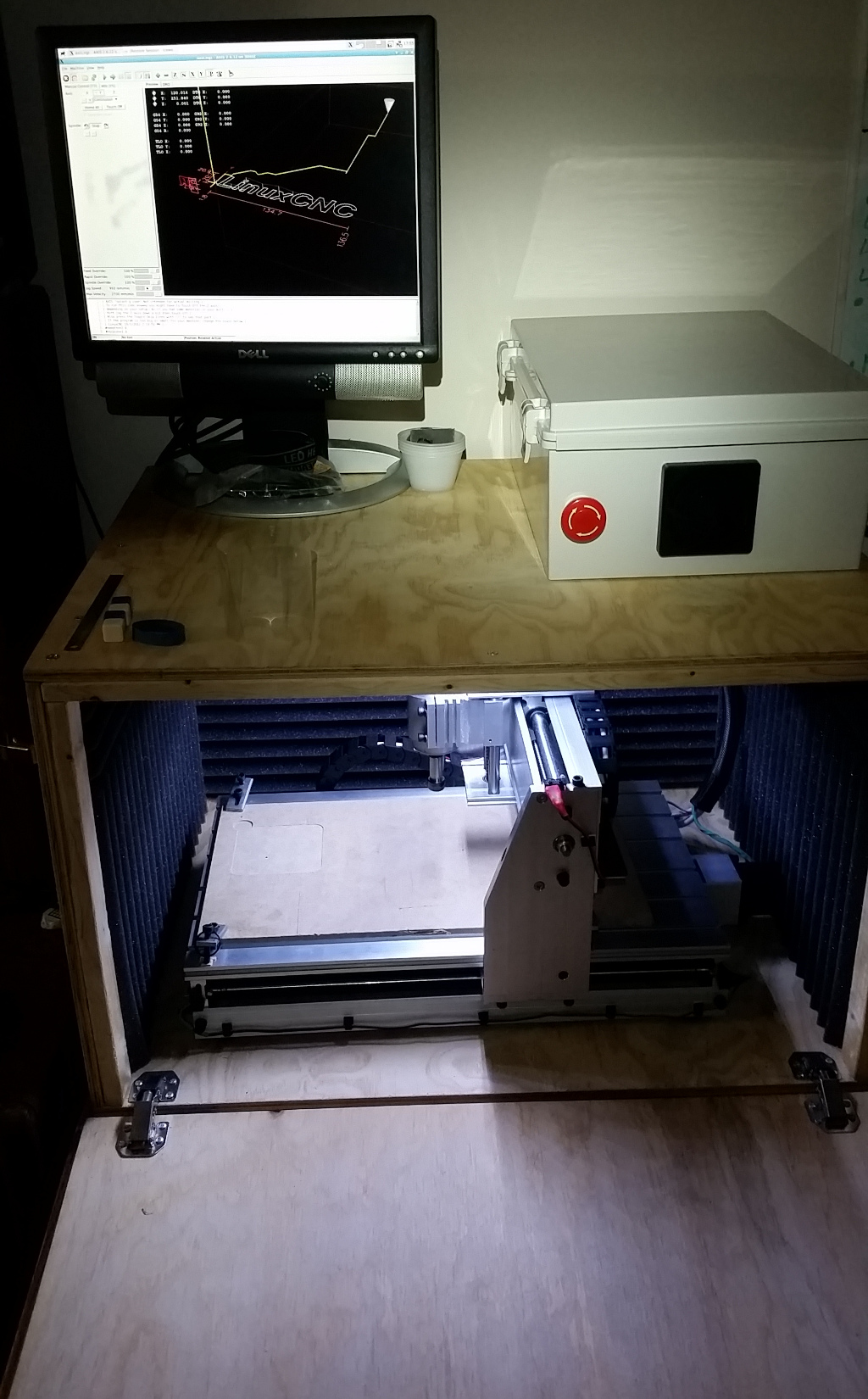 I’ve been fascinated with machine tools and mechatronics for well over a decade, and have been indulging that fascination with a series of little benchtop CNC machines since about 2008, especially since my collection of related degrees lend legitimacy to my desires. Because of my other lifestyle choices I’m more or less restricted to a machine which is small and well-behaved enough to operate in an apartment, is roughly man-portable, and fits in normal vehicles, at least for the time being. Possibly fortunately, this restricts me from going off the deep end and buying a small VMC, or even building out the heavier classes of benchtop machine.

Last year I started to feel like my old V1 Shapeoko (ca. 2012) was not really usable as a machine tool – it was a good toy, and I learned a ton of cool things from it, but it wasn’t stiff enough, reliable enough, or laid out in a way that made it practical to use for much of anything. After I had my Shapeoko on campus for a demo day, my adviser was inspired to buy himself a complete package Chinese 3040 CNC router, and I got a chance to play with that for a few days. I wasn’t terribly impressed with the electronics on it, but the frame proper impressed me enough that I decided I wanted one as an upgrade.

…So near the end of the spring semester, I ordered myself a bare 3040Z frame and a pile of parts to kit it out. The machine is built almost entirely from inexpensive Chinese components, purchased via a mixture of Aliexpress, eBay, and Amazon sellers (I’ve become fond of uxcell for small parts). I don’t have accurate or current price quotes for the whole thing because I bought as I went, and various parts are reused from previous projects. I suspect the total is in the neighborhood of $1200 – comparable to buying a slightly more powerful finished system without the enclosure or limit switches.

It was my intention to write this up in sections as I built it out, but kept opting to play with work on the machine instead of doing more writing – particularly since such a large part of the things I’m supposed to be doing with my time of late are also writing. I finally got the last of the major parts “done” to my satisfaction a few weeks ago, so it’s time to gather the pictures and notes from what should have been half a dozen topic posts and make a gigantic brain-dump.

END_OF_DOCUMENT_TOKEN_TO_BE_REPLACED 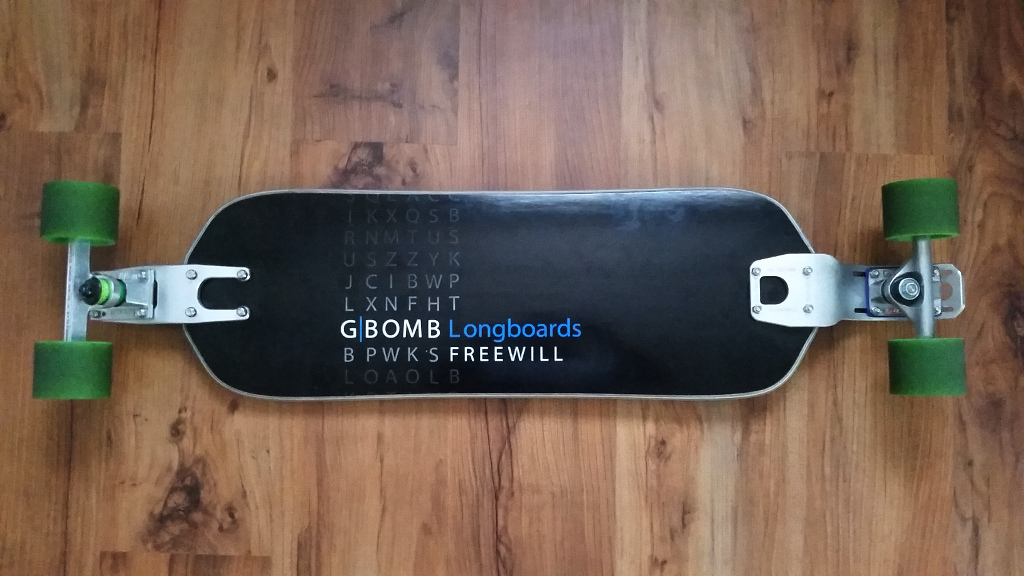 I finally bought a G|Bomb Push|Pump setup after years of teasing myself about buying a proper hybrid distance deck. I selected it over the only other obvious contender, the Subsonic Century, mostly because as an engineer the G|Bomb design tickles me. Yes, it’s a $300 deck with another ~$100 of parts on it, but based on my first few rides, it’s totally worth it.
END_OF_DOCUMENT_TOKEN_TO_BE_REPLACED