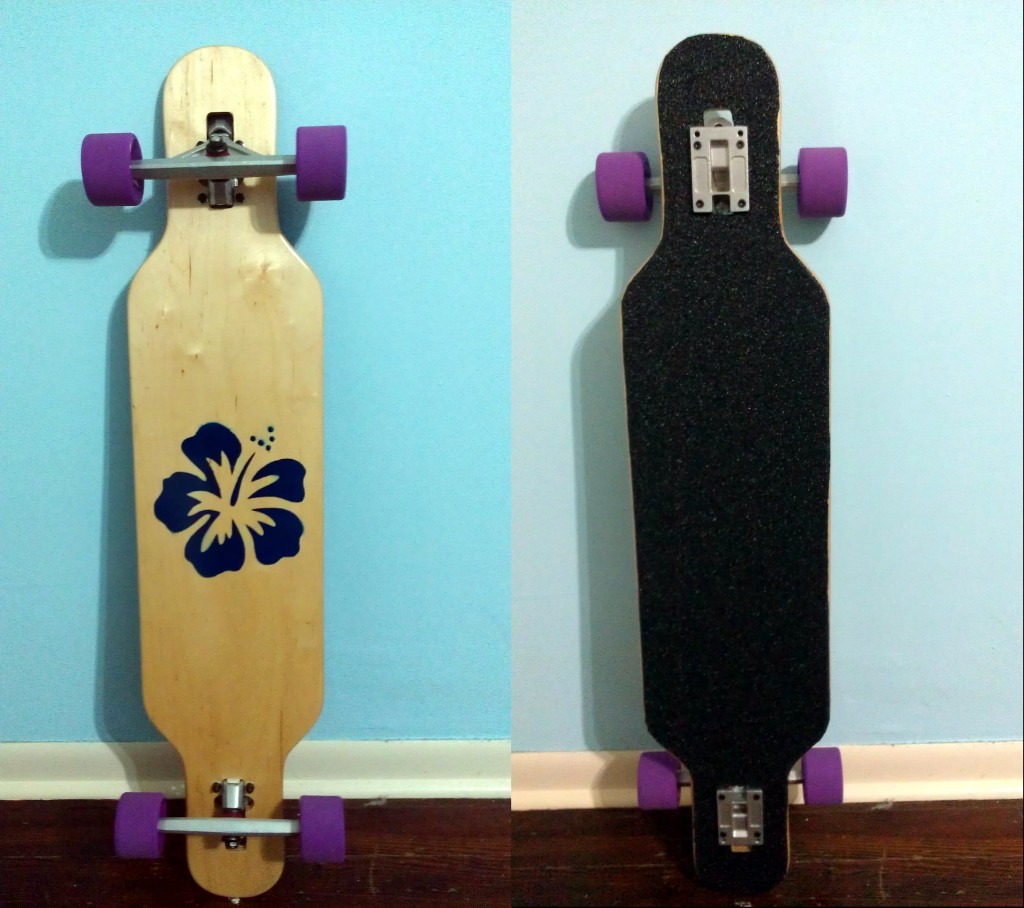 I’ve been fairly in to Longboarding this spring, and decided to pick up another board, set up to contrast with my current big surfy cruise/carve deck. I wanted something lower, with a bit of flex, easier to break out wheels, and a less popsicle-stick shape. The intention is for variety, for easier to pushing, and to improve my technical riding. It will also be nice to have a deck to lend out to get friends hooked.
Details of the board are attached to the images of the gallery after the fold. Fair warning: they are rather high resolution. I’m sure my advisor would complain about the superimposed images with ill-matched white balance and squirrely focus, but I’m shooting with my phone and making automated fixes only in the gimp, so they will do. The WordPress gallery software also seems to be a bit confused by the non-4:3 shapes.

The Silverfishers and Redditors seem to approve of a new20-year old as an ODM, but only recently marketing under their own brand (Fixed thanks to friendly note from Churchill) board maker, Churchill Mfg. who sell their own unbranded, undecorated longboard gear for ridiculously low prices. I decided the prices and positive buzz made them worth a shot, and picked up all the parts I could from there, with the remainder (and some other gear) from my usual supplier.

I like bare wood, but knew even before ordering that I wanted to add a little bit of decoration. If I made a video of the process and stuck it on Youtube, I might be eligible for a free deck, but I hate watching droning videos of amateurs performing tasks, and don’t want to be part of the problem, so this is happening in pictures + text format. If the Churchill folk feel inspired to kick me goodies for this, that would be cool, but I’m just putting it up for fun. The pattern I chose is something I made a while ago and called a Hackbiscus (explanation in link), that I want centered on the underside of the deck in deep blue.

Onward to process, walls of text in the image descriptions: 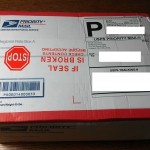 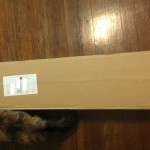 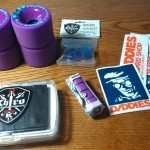 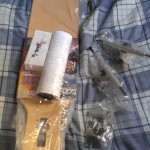 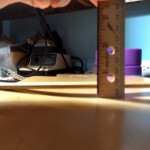 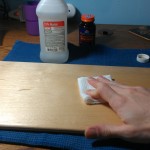 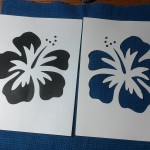 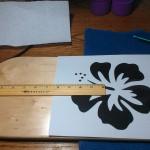 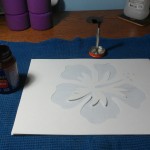 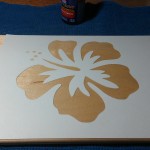 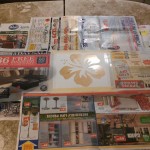 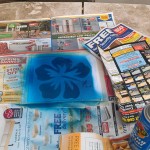 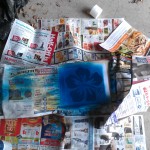 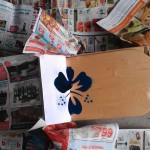 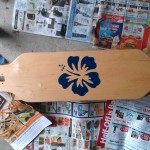 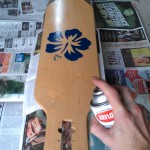 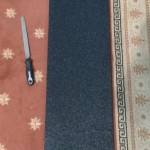 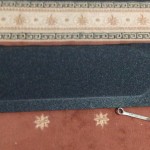 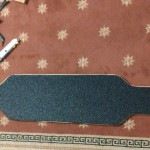 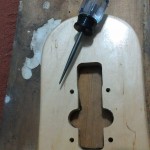 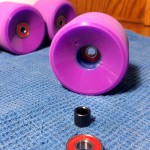 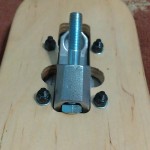 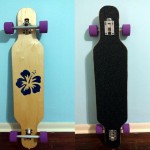 We took a little 20-minute night ride around the neighborhood to get acquainted, and I’m pleased. There is a lively little bit of flex, to contrast with the Pakala III’s absolute stiffness, the foot platform is just a hair shorter than my default stance, and the baseplates make a decent foot stop while still being low and flat enough to step on without it being a problem.

As for performance – my gods can she turn. If I really slam my heels down I can get a turning radius in the <5ft range, without breaking out the wheels or fear of wheel bite. The almost painfully aggressive to handle griptape becomes a feature all the sudden when the board is twenty-some degrees off level. The deck is nice and low, so I get tangibly more power for less effort out of each push. Even the bushings I was dubious about feel surprisingly good. I do have a little bit of acclimatization to do with regard to the board shape - I kept gently touching an exposed wheel (usually rear right) with my shoe while moving, and that could be unfortunate if I stepped down hard. I'm also rather concerned about the chatter coming off the brand new bearings - it's sound more than feel, but it is disconcerting - I'm going to pop them off and lube them myself to see if they just don't have a decent layer of lube from the factory, hopefully that will clear it up. They do seem to roll fine other than the noise. I want to (finally) learn how to pump this summer, and would also like to pick up some rudimentary check slides for safety, so we'll be busy.

This entry was posted in DIY, General, Objects and tagged Churchill, Longboard. Bookmark the permalink.