I made an EDC post back in 2009 that is now woefully out of date. I’ve had the little pen case thing I carry come up a couple times recently, as people are more in to this sort of thing now, and thought I should update. 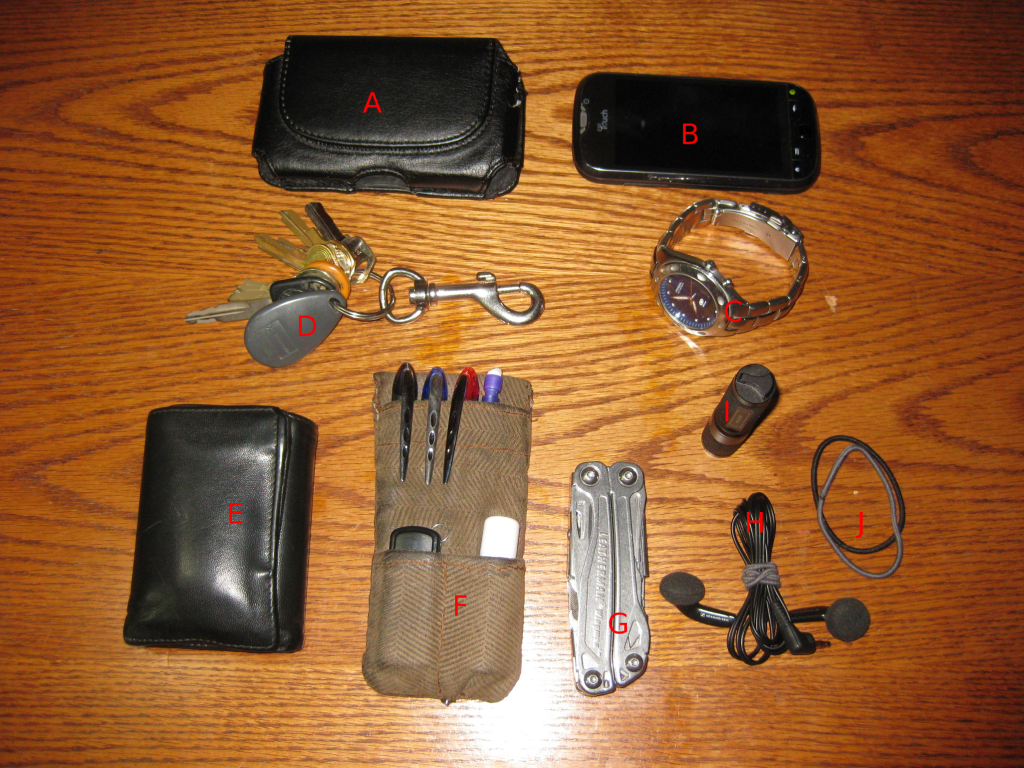 The major changes are that I’ve downsized my multitool and consolidated my ubiquitous computing device. I’ve also stopped regularly ruining cheap belts and started wearing a 5.11 1.5-Inch TDU Belt, which is thus far impervious to damage or problematic wear.

The interesting bit is, as always, the custom part. The current version of my pen case is this thing: 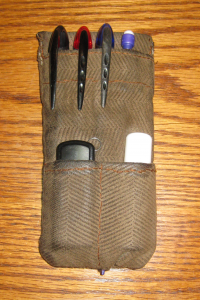 It’s getting a little bit worn, and shows some minor design issues, but has been riding around in my pocket doing its job for several years now. The primary issue with this one is that every layer of material has a seam along the bottom, which allows the pencil point to escape through the stitching. When eventually I get around to replacing it, I think I’ll make the lower piece out of a different material (thin split leather?) and wrap it so there is a fold at the bottom and stitches up the sides, the current mid-weight upholstery fabric is otherwise adequate (light, inexpensive, and non-abrasive). I never made a proper pattern, just mocked it in paper then cut fabric to match, so there will be some work in replicating.

This would feel totally ridiculous if it weren’t so entertaining to read these from other people.