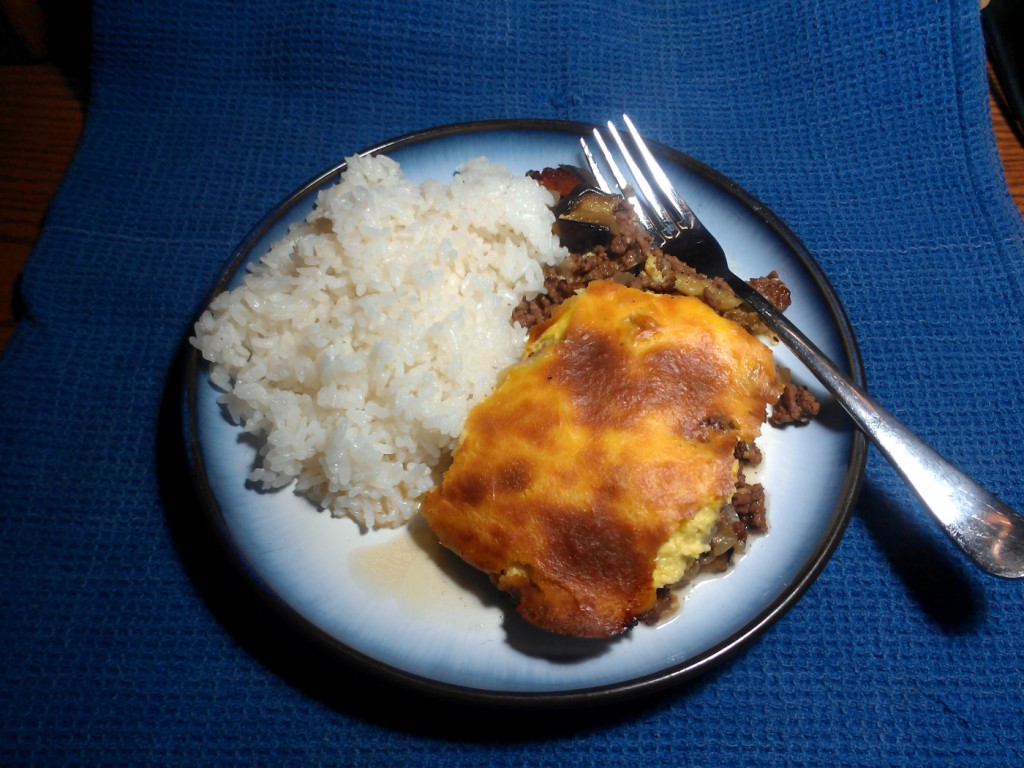 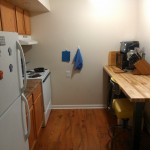 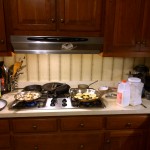 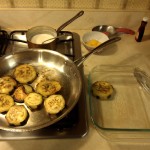 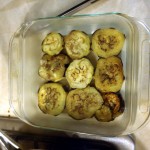 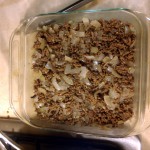 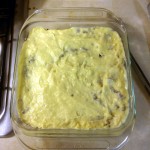 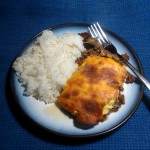 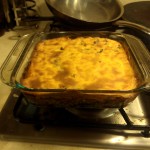 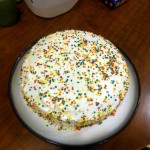 The base is an eggplant, hacked into 1/2″ thick sections, set out briefly with a light layer of salt to draw the water out, then patted down and pan fried in olive oil. In the future, I’ll probably double up on the eggplant, but I would have had to prep it in batches, and fuck that.

The middle layer is cooked down 80/20 ground beef and two chopped onions, spiced with a liberal dose of garlic, ground black pepper, cinnamon, and crushed allspice. Once again, next run will be different. I’m pretty sure it would be better with something a stronger and leaner, like lamb, but beef is apparently traditional, and is certainly cheaper and easier to obtain.

The top layer (aka. cholesterol topping) started with two tablespoons of butter worth of ~1:1 roux, mixed with whole milk to a thinner consistency then I would usually, to make room for the thickening effects of four egg yolks stirred in until cooked. It made a really nice topping, but I’d like to try making the top crispier by adding a layer of bread crumbs or a sheet of phyllo.

It came out pretty well. A little greasy, a bit milder than intended, and light on eggplant (hey, I love eggplant), but overall satisfying. It also reheats incredibly well, which is a big feature for this kind of dish.

I also made a white cake (actually, a two layer confetti cake, from mix – I’m lazy and like tacky brightly-colored cakes.) out of the whites from the eggs for the Béchamel/Egg Custard topping. I often guilt myself out of making things with separated eggs because I hate to throw the other half out, and the oven was on, so there is an excuse for the cake. There are two relevant XKCDs here, Delicious and Stove Ownership