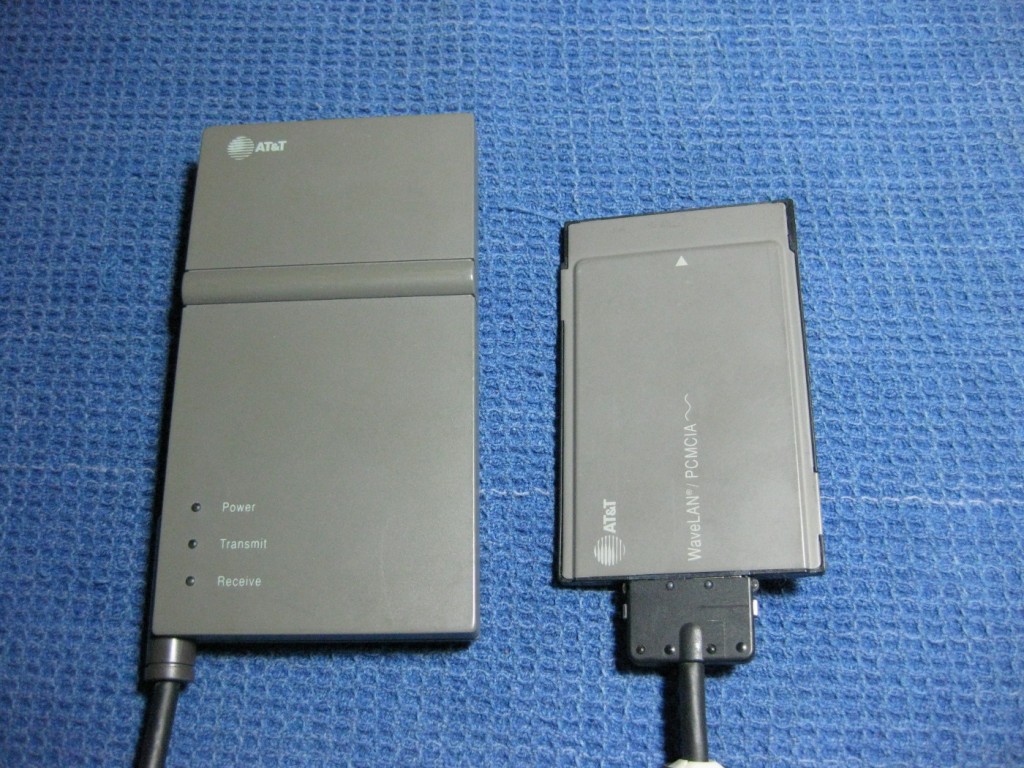 We’ve been doing some parts closet cleaning along with the sysadmin types in our building on campus, and I spotted an original AT&T branded WaveLAN PCMICA card (Model 3399-K2624) in one of the bins. These are the precursor to all modern wireless networking devices – they don’t just predate the 802.11 standards, but were actually the contributed technology that eventually became the basis for the standard – I love computer history artifacts, so I had to play with it.

This is eminently reasonable, since it is non-standard in every way, and I may be handling one of the only remaining functional examples – assuming it is fully functional. I tried to verify with some LiveCDs of suitable vintage, but inserting the card either errored the module on load or crashed the machine… which is probably why it was removed from the kernel. It’s still a neat artifact and will be getting tucked away with my odd vintage machines. 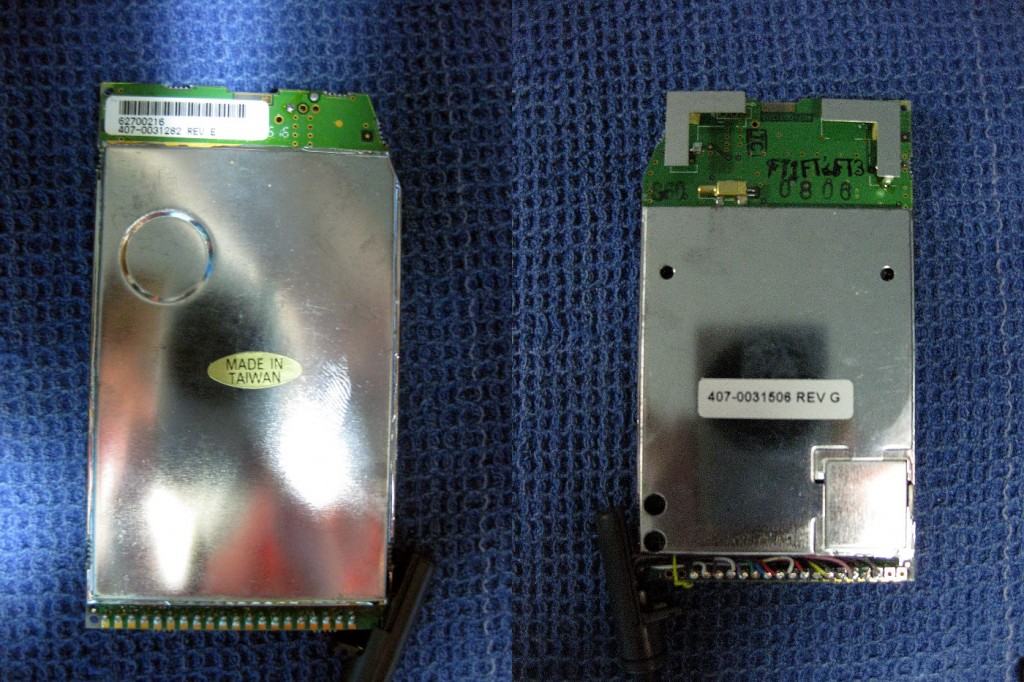 While I had it out I opened it up (Imagine! Opening a consumer device without having to pry the fucker apart with spudgers while praying to whatever gods you believe in that none of the tabs break.) The picture above is the “EAM” (External Antenna Module) pulled apart. There isn’t too much to see among the RF cages, but the fact it is assembled with the wire harness apparently hand soldered into a row of machine pins is amazingly quaint, and the fulls-scale R/F parts are awesome.

I’m pretty enamored of the industrial design on this thing – it looks like an important transitional device. It is the dull gray that was common on (especially AT&T) computer equipment in the 80s, which has grown even uglier with UV yellowing, so the color, logos, and sharp edges look like it crawled out of the 70s, while the rounded accents, domed round indicator LEDs, and darker molded stress relief look surprisingly modern.

This entry was posted in Computers, Electronics, Entertainment, General, Objects. Bookmark the permalink.

2 Responses to The WiFi Common Ancestor