I’ve made myself spicy chicken Nyumen a couple times this week, and decided it was photogenic. 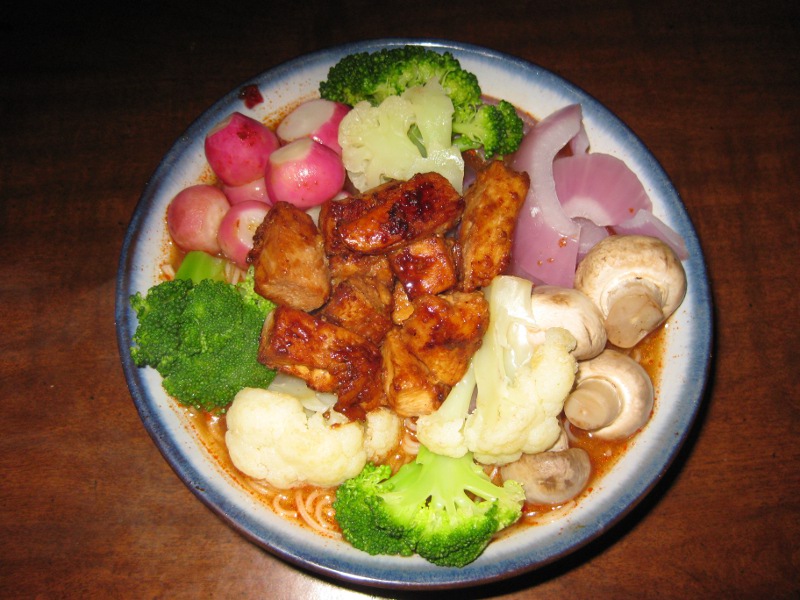 Nyumen uses the same thin Japanese wheat noodles as the better known somen, but is a hot dish. It is really easy to make too: boil a pot of water, throw in some trimmed vegetables (Radishes, red onion, and mushrooms are particularly tasty), let them blanch, and pick them out. Then, throw a bundle or two of somen noodles in for a few minutes, and dip off some of the vegetable infused water to make a broth; I’ve been using a little bit of bullion and a small blob of Guilin Chili Sauce to make a nice spicy base. I also made myself some chicken pieces fried in a generic Asian sort of seasoning, and threw some in each bowl.