Article note: Fuck a whole bunch of that. Using horrific-but-vanishingly-rare events (which I would argue are largely triggered by feelings of powerlessness) to justify normalizing invasive surveillance is very nearly as-wrong-as-possible.
Comments
Posted in News | Leave a comment

The Raspberry Pi 4 brings faster CPU, up to 4GB of RAM

Article note: This is far sooner than I'd been expecting from the rumors, and has a bunch of actually-useful changes. 4GB of RAM is enough to run a browser for the modern web, that option is a big deal. Not sharing USB and Ethernet bandwidth, and having USB3+GigE is a _huge_ deal for server (and especially NAS) applications. Dual-HDMI is a win for the many signage-type applications. 4K is a win for use as a media player type device on modern TVs. The presence of the 4-pole 3.5mm for headphones and composite video is useful for lots of dumb fun rig-ups. It's a little power-hungry (3A USB bricks are not the norm, though switching to a USB-C connector with fewer awful high-drop cables should help some) and MicroHDMI is not the most convenient connector, but neither is a huge deal. I'll inevitably pick one or more up once things settle down, my spare 2B is too feeble for the last couple things I've tried to use it for, but tasks that that sort of SBC would be good for keep coming up.

Today, Raspberry Pi is introducing a new version of its popular line of single-board computer. The Raspberry Pi 4 Model B is the fastest Raspberry Pi ever, with the company promising "desktop performance comparable to entry-level x86 PC systems."

The new model is built around a Broadcom BCM2711 SoC, which, with four 1.5GHz Cortex A72 CPU cores, should be a big upgrade over the quad core Cortex A53 CPU in the Raspberry Pi 3. The RAM options are the even bigger upgrade though, with options for 1GB, 2GB, and even 4GB of DDR4. The Pi 3 was limited to 1GB of RAM, which really stung for desktop-class use cases.

There has been some upgrades and tweaks to the Pi 4 I/O, too. The Gigabit Ethernet returns, as do the four USB ports, but two of them get an upgrade to USB 3.0. Power is now supplied via a USB-C port, instead of the aging Micro USB of the Pi 3. The headphone jack returns, too, and it's still a four-pole solution providing audio and composite video.

Article note: Remind me again how the academic publication process isn't _purely_ about career advancement and enriching parasitic publishers? Two questions for other current academics: 1. When was the last time you could/did meaningfully evaluate something you received for peer review? 2. When was the last time you learned something new in your area from a journal pub, not a discussion online or at a conference 8+ months before?
Comments
Posted in News | Leave a comment

Google is killing YouTube’s “Hangouts on Air” this year

Article note: Google found out they had a desirable chat feature that wasn't a bad clone of some competitor ...and it's gone.

Another day, another dead or dying Google product. This time, Google has decided to shut down "Hangouts on Air," a fairly popular service for broadcasting a group video call live over the Internet. Notices saying the service is "going away later this year" have started to pop up for users when they start a Hangout on Air. Hangouts on Air, by the way, is a totally different and unrelated service from "Google Hangouts," which is also shutting down sometime in the future.

View more stories
Hangouts on Air was popular with podcasters, since it was a super easy way to get a group of people together, on video, and have the conversation broadcasted live. Hangouts on Air started life on Google+ and transitioned to a part of YouTube in 2016, where live group video conversations could be created in the YouTube interface and then be recorded as a video for your YouTube channel. The service had great features like chat, screenshare, and an automatic camera system that would switch to the person that was talking, making it perfect for easy podcast videos.

With Hangouts on Air dying, there really is no equivalent, easy way to do a live streamed group video chat. Google's shutdown message points people to YouTube.com/webcam, but that page is only for a single person on a local webcam, not a group video chat. Rolling your own Hangouts on Air replacement would probably involve connecting multiple programs and services together. Skype can record calls but won't livestream them natively, for instance, so you'd need to pipe your calling software into some kind of livestream program like OBS, and from there you could hook it up to a Twitch or YouTube broadcast. That might be a normal workflow for live streaming pros, but it's a lot more complicated than just a few clicks on YouTube.com done entirely in a browser.

Article note: Look! Another Google messaging service that isn't even as good as Talk! Multiple devices happened, making a with-service cell phone a single point of failure is dumb.

It's time for the annual reshuffling of Google's messaging strategy! The latest news comes to us via The Verge, which has a big feature detailing Google Messaging Strategy 2019: taking RCS back from the carriers. Google now wants to run an RCS service (an upgrade to the aging SMS system) itself, with the service first launching in France and the UK later this month. RCS will be something like Google's ninth instant messaging platform, after Google Talk, Google Voice, Google Buzz, Google+ Messenger, Hangouts, Spaces, Allo, and Hangouts Chat.

Last year's Google messaging reshuffling saw the company kill Google Allo (AKA Google Messaging Platform 2016) and focus on Google Messages (the company's SMS client) in an effort to promote RCS. RCS, or Rich Communication Services, is a planned upgrade of the carrier-owned SMS service, and it has been around as a GSMA (the worldwide mobile network trade body) standard for several years now. RCS' goal is to bring very basic instant messaging features to carrier messaging—things like presence information, typing status, read receipts, and location sharing. Like a real chat app, RCS messages are sent over your data connection, and messages, photos, and videos all have bigger sizes.

In last year's plan (and every other plan involving RCS), the rollout was up to carriers. Every individual carrier on Earth had to individually go out and upgrade their SMS infrastructure to support RCS and the "Universal Profile," which is a federated system that lets RCS users on, say, Verizon, talk to RCS users on T-Mobile. With little monetary incentive to do so, the carriers have been extremely slow at upgrading. And even when a carrier is RCS-capable, carriers have been certifying RCS on a phone-by-phone basis.

Article note: Several of the things I hammer on, wrapped up in a fun retro-computing package. Ubiquitous computing is not a good thing - though I don't take the problem as "continuous" like the author implies, but "without consideration or control." Simpler tools are usually better, from systems to editors. Pay attention to the ergonomics of that thing you spend most of the day in front of (which, on the other hand, weakens the screen size and resolution point). and, as always, as Alan Kay puts it "The lack of interest, the disdain for history is what makes computing not-quite-a-field. "
Comments
Posted in News | Leave a comment

The touchscreen infotainment systems in new cars are a distracting mess

Article note: Touchscreens are a disaster, but it's especially obvious in cars. Predictable, learn-able (deep knowledge-in-the-hand learnable), controls with haptic feedback that never change out from under you because of subtle context? Why would we want those? /s

When I’m in charge of a car company, we’re going to have one strict rule about interior design: make it so it doesn’t cause you to crash the car. You’d think this would already be in effect everywhere, but no. Ever since the arrival of the iPhone, car designers have aspired to replicate that sleek, glassy aesthetic within the cabin. And it never works, because you tend to look at a phone while you use it. In a car, you have this other thing you should be looking at, out there, beyond the high-resolution panoramic screen that separates your face from the splattering june bugs. If a designer came to me with a bunch of screens, touch pads, or voice-activated haptic-palm-pad gesture controls, I’d trigger a trapdoor that caused the offender to plummet down into the driver’s seat of a Cadillac fitted with the first version of the CUE system—which incorporated a motion sensor that would actually change the screen as your finger approached it. And I’d trigger my trapdoor by turning a knob. I wouldn’t even have to look at it. I couldn’t agree more. One of the things I dread about ever replacing my 2009 Volvo S80 are these crappy touchscreens that are added to every car these days, often of dubious quality, with no regard to user interface design or driver safety. For instance, I don’t want to take my eyes off the road just to adjust the temperature of the climate control – there should be a big, easy to find knob within arm’s reach. This just seems extremely unsafe to me.

Article note: OOooh, a real English release of Seiken Densetsu 3 branded as "Trials of Mana" (which, played in fan-translation, was one of my favorite JRPGs, just because of it's interesting party, class, and menu systems). One more reason I need to ~~not~~ have a Switch to sink time into. 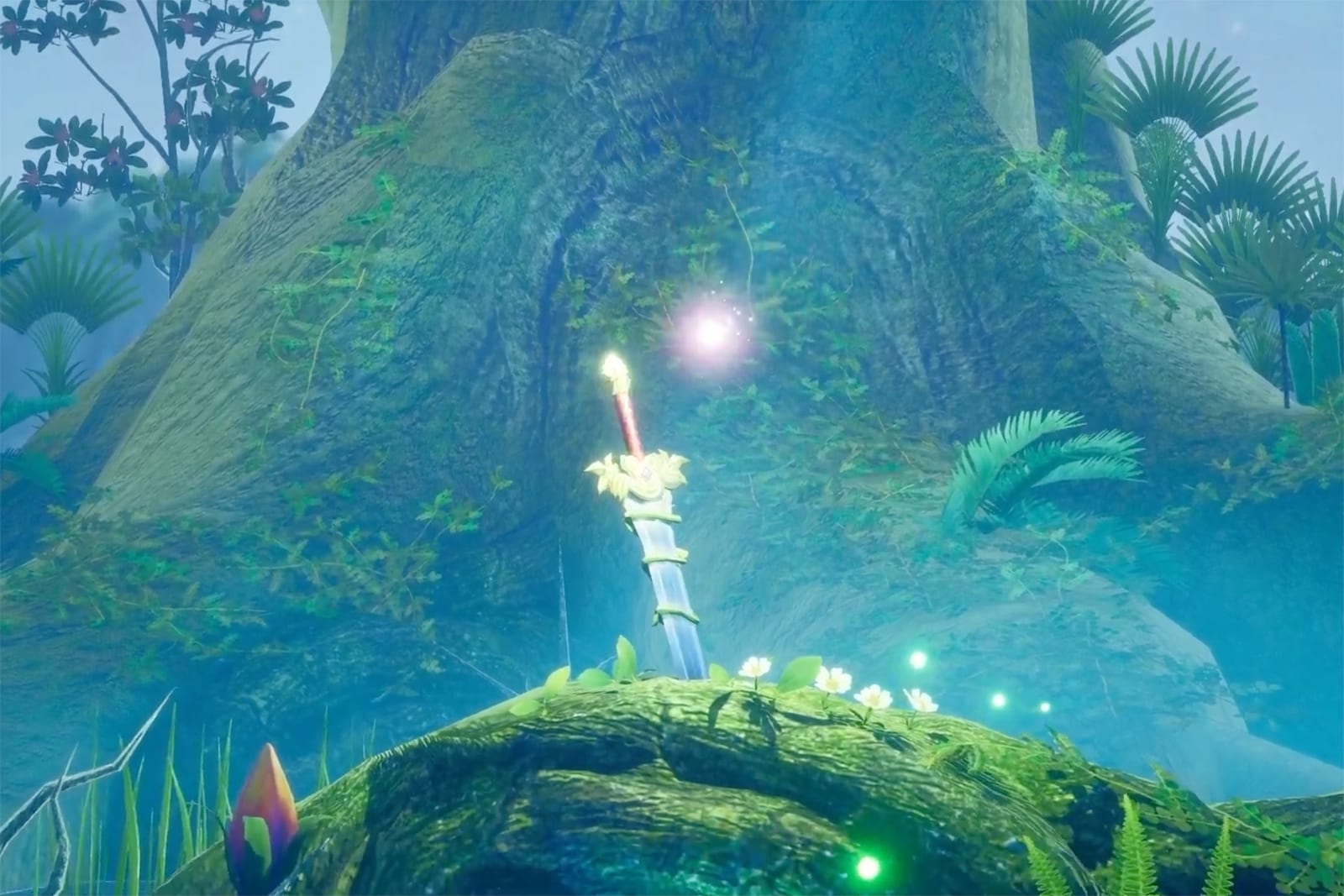 Square Enix's RPG nostalgia isn't just limited to revamping Final Fantasy games. The developer is releasing Collection of Mana, a bundle of the first three games in the Mana series, on the Nintendo Switch later on June 11th (that's today, if you're r...
Posted in News | Leave a comment

Article note: I can't believe people do BYOD employer-managed phones. I understand cost and only-carrying-one-device aspects, but unless there are really, really good privilege separations between the personal and managed, that's insane. Users and work profiles on Android make things a _little_ less absurd, but the general wisdom seems like it should be "If you want me to carry a leash, you can pay for it."
Comments
Posted in News | Leave a comment

The US Government’s Database of Traveler Photos Has Been Compromised, CBP Says