SC11: A Review in Schwag 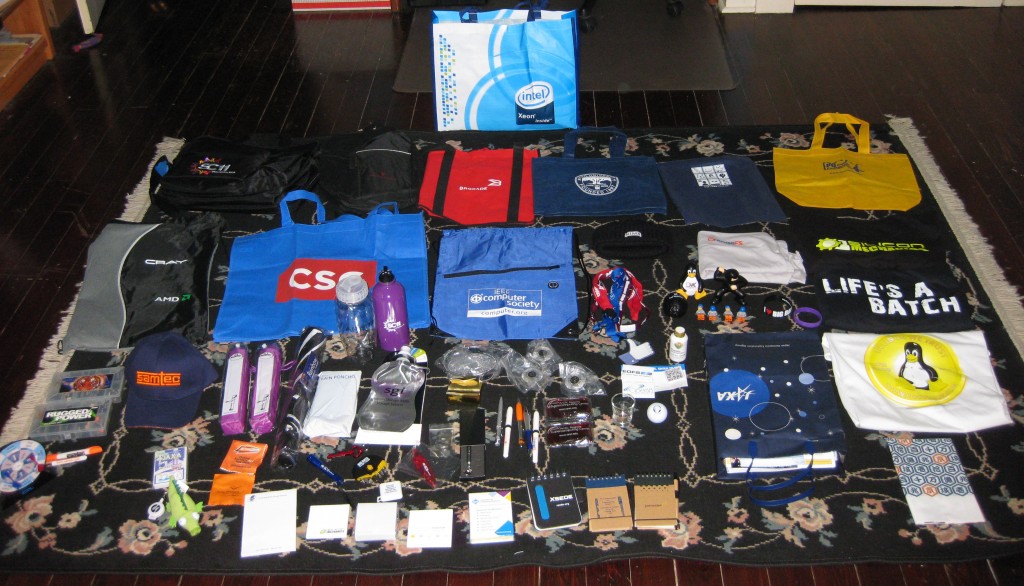 This is the less serious bit of review from SC’11, but there is fun to be had and a certain amount to be learned from the pile of schwag that comes back. The schwag pile is comparable to last year’s, but I was actively aimed toward useful or at least interesting junk this year, since I have > three cubic feet of this crap packed away now. Part of the point of this post is just to give credit (and links) to places that gave me cool stuff.

I find I actually use the various random bags I get, so I always end up with quite a few. Several were particularly nice: For the second year in a row, I would actually USE the conference bag (Back left corner) on it’s own, and I got another one of the ridiculously tough Tyan/Intel bags (far back, standing) which are handy for groceries and toting stuff around campus. Indiana University had a nifty little sling bag that I could contrive uses for (next to conference bag), and the giant blue CSC bag can consolidate a remarkably large pile of crap.

With regard to apparel, Silicon Mechanics again had the nice florescent green on black logo tee that I wear all the time, although this year’s has some text on the back that makes it a little less cool. We hung out for a while talking to the Pogo Linux folks and were handed a pile of their shirts (logo on front, gold circle around Tux on back, back visible in picture), which are pretty nice. The Adaptive Computing/MOAB “Lifes a Batch” shirt is clever in the same way the Platform Computing “Whatever” shirt from a few years ago – I don’t know that it will get worn much, but it’s a memorable marketing effort (and, by the way, Moab has become really impressive – it can do PVM type tricks that PVM can’t, and look good doing it). NIMS (I’m slightly embarrassed to say I don’t remember which relevant organization with that acronym it was) had nice Beanies which may see some use this winter. I have some fuschia compact umbrellas from the conference daily giveaway (I think IBM payed for/logo’d them) to be given as gifts – we brought back one or two each… plus a box of a dozen after they stuck the remainders out. 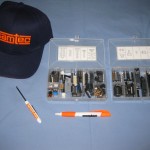 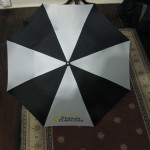 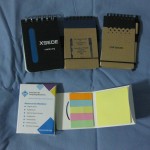 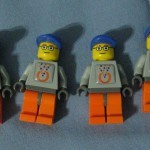 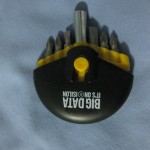 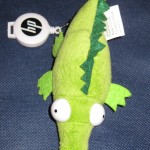 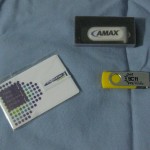 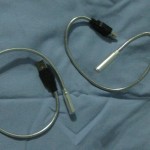 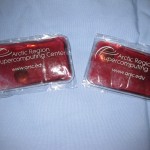 Going through the gallery of other neat stuff in order of a appearance:

The “trick-or-treating for grownups” vibe of going schwagging on the floor is a bizarre joy of supercomputing, and, in addition to the standard “memorable schwag makes you memorable” marketing function, actually provides an important mechanism for striking up conversations and encouraging attendees to make good coverage of the exhibit floor. I have a not inconsiderable list of organizations who have bought good vibes with a few cent trinket, and I am the sort of person who gets solicited for tech and academia advice, so the trinkets are doing their job.

I learned some really interesting things at SC this year, and now that I’ve had a day to process, I want to share. Many of these observations come from first or second hand conversations, or justifiable interpretations of press releases, so I don’t promise they are correct, but they are plausible, explanatory, and interesting. I apologize for the 1,000 word wall of text, but there is a lot of good stuff.

I think that covers most of the really good stuff coming off the floor this year, although I am still processing and may come up with some other insights when I’ve had more sleep and discussion.
Also, Pictures! WOO! (Still sorting and uploading the last batch at time of posting).

Headed out to SC11 in Seattle, WA. for the week. Technical interest, travel complaints, booth hacks, advertising mockery, and schwag to follow.