The ancient FreeBSD/i386 box that was running cgi.aggregate.org finally keeled over. I just blew my afternoon/evening scraping the data off of it because while the most critical stuff was backed up, not everything was. Some keyword and error string filled notes that will hopefully save others swearing and googling:
END_OF_DOCUMENT_TOKEN_TO_BE_REPLACED

I started responding to Philip Guo’s Helping my students overcome command-line bullshittery that passed through my news feeds today, and my thought quickly outgrew the appropriate size for social media, so it’s going up here.

I understand and often share his frustration, but only selectively agree with his conclusion, and would like to clarify the distinction because I think it is very valuable to understand it.

It is often annoyingly difficult to leverage existing tools, especially the various development toolchains whose install process involves blood sacrifice or perfect replication of the (naturally, undocumented) platform they were developed on, but I object to dismissing all such difficulty as bullshit.

END_OF_DOCUMENT_TOKEN_TO_BE_REPLACED

Most of my online presence has been in other venues recently, but I’ll at least make sure my semester before/after chain here remains unbroken.

Taking CS571: Computer Networks
I’m pleased with the general design of the course. There is nice mix of textbook structure and primary document context, and the assignments look to offer the generally desirable mixture of explicit problems and programming. Unfortunately, while it is well designed, the instructor seems a little weak in classroom execution, so the lectures are fairly traditional and not particularly good at that. I’m also a little weirded out about differences in background affecting which things are expected context – wire encoding and line delay are being presented as more novel concepts than packet encoding and topology, while I think of of them as things we do with sophomores. I’ve long felt guilty about my lack of formal networking background for ages, so it’ll be good for me.

Taking CS535: Intermediate Computer Graphics
Taking to finish out my core requirements, because it sounded more fun than numerical methods. The instructor is a bit of a slide-reader, and so far we’ve had more context than content. I’m all for context-heavy instruction, but it’s getting to the point where it’s misleading because what we are being provided is out of date and slightly hand-wavy, and what content we have had has been distressingly shallow. It’s a small class and we’re almost all pretty friendly, so it’s working out anyway. At worst I finally have an excuse to learn some rudimentary OpenGL.

Taking EPE672: College Teaching & Learning
Like all Preparing Future Faculty program courses, it’s a room full of jaded grad students, being jaded. That situation is always fun, and it’s no more grim than all those courses. We’re mostly reading a whole bunch of primary publications and discussing, which is a good course format that I don’t get to do often because it’s unpopular in engineering disciplines.
I’m a little pissed that it manages to block both the weekly Keeping Current seminar and Collexion open hours every week, but I’ve been trying to get into it for over a year, so I’ll take it.

Teaching: EE101
I’m not a standard instructor, I’ve been brought in to run the embedded systems unit that I helped design a couple years ago. Leading 230 freshmen through recognizing all the little embedded systems their world is built out of, and building neat shit with Arduinos and bags of parts to get an appreciation for them.
I’m not exactly being well-compensated for doing it, but they are paying me, and both the material and course composition are always a good time.

It’s not lining up to be a terribly stimulating semester, but it also won’t be terribly difficult, and will get me fundamentals and basic credentials in some things I should have them in.

I’m posting this because it’s such a nice example for the standard “What are 3D printers really good for?” question.

When I got to the lab today, I was told the can chute in our mini-fridge was broken. Inspection showed that too many of the little plastic inserts/bushings that retain the bars were missing and/or broken. This is a years-old cheap GE minifridge, so it isn’t even worth looking for OEM replacements.

Now we get to the “Thinking with 3D printing” part: I plucked one of the remaining ones, went over it with some calipers, transferred the measurements into OpenSCAD, and printed one off to test fit. The ID was a little tight, so I adjusted the model, printed 6 more, and fixed the problem.

The lab fridge’s can chute fell apart, because the little bushings that hold the retainer died.

Rack with intact bushing on the floor.

Grab some calipers and describe the bushings to OpenSCAD.

Pass the model through Cura and the M2 to get a test fit. Slightly too tight on the ID.

OEM and Custom comparison. Made them a little bigger.

ID looks cleaner on the ones that were printed in a group, more cooling between layers.

And fixed. Note also the awesome retention bar made out of a chopstick from a previous repair.

In case the model is useful for anyone else: OpenSCAD and STL.

Continuing my habit of posting before and after notes on my courses, after notes for Spring 2014.
END_OF_DOCUMENT_TOKEN_TO_BE_REPLACED

My Instructional Technology class asked us to play with Prezi, Some thoughts: 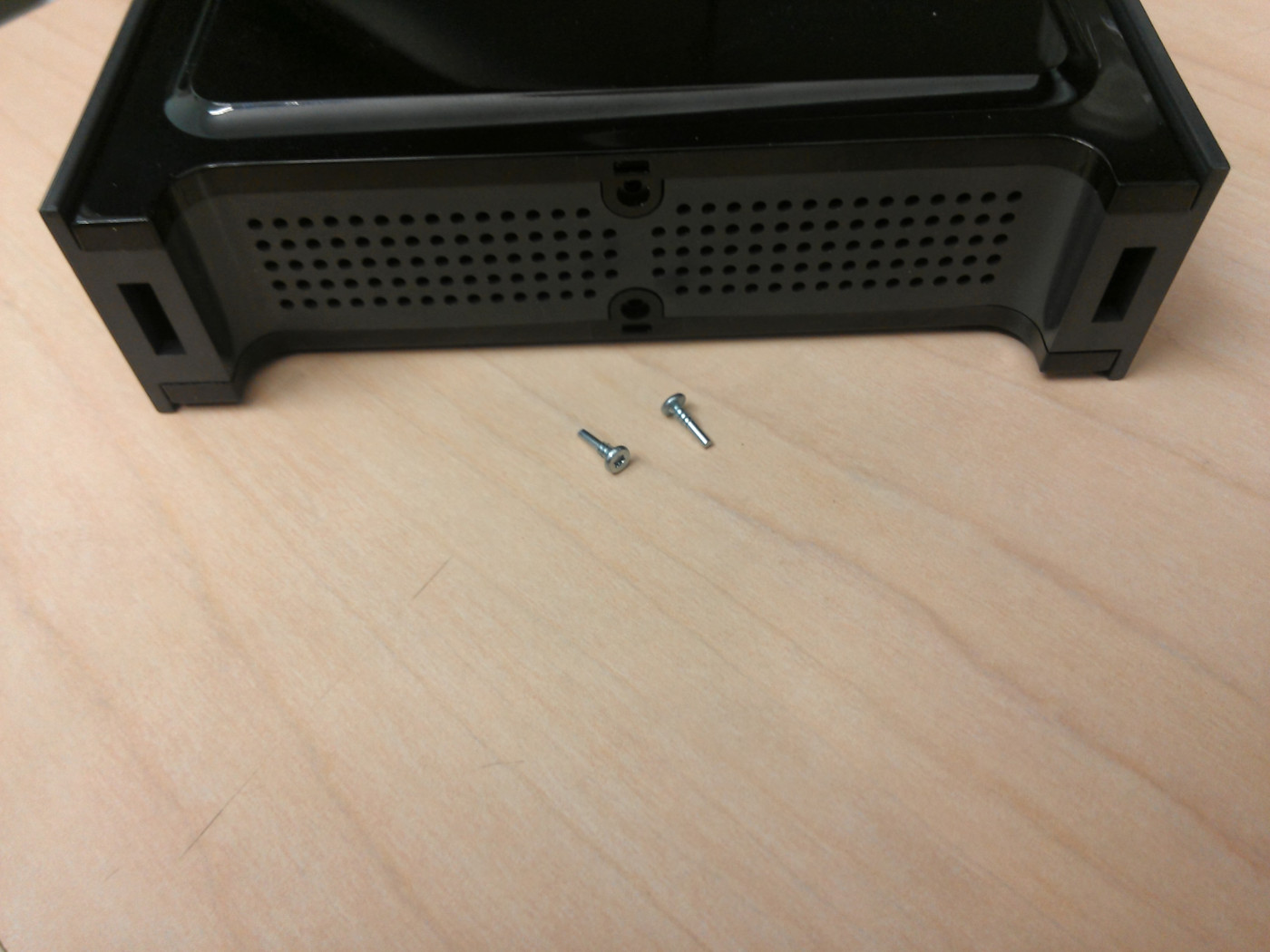 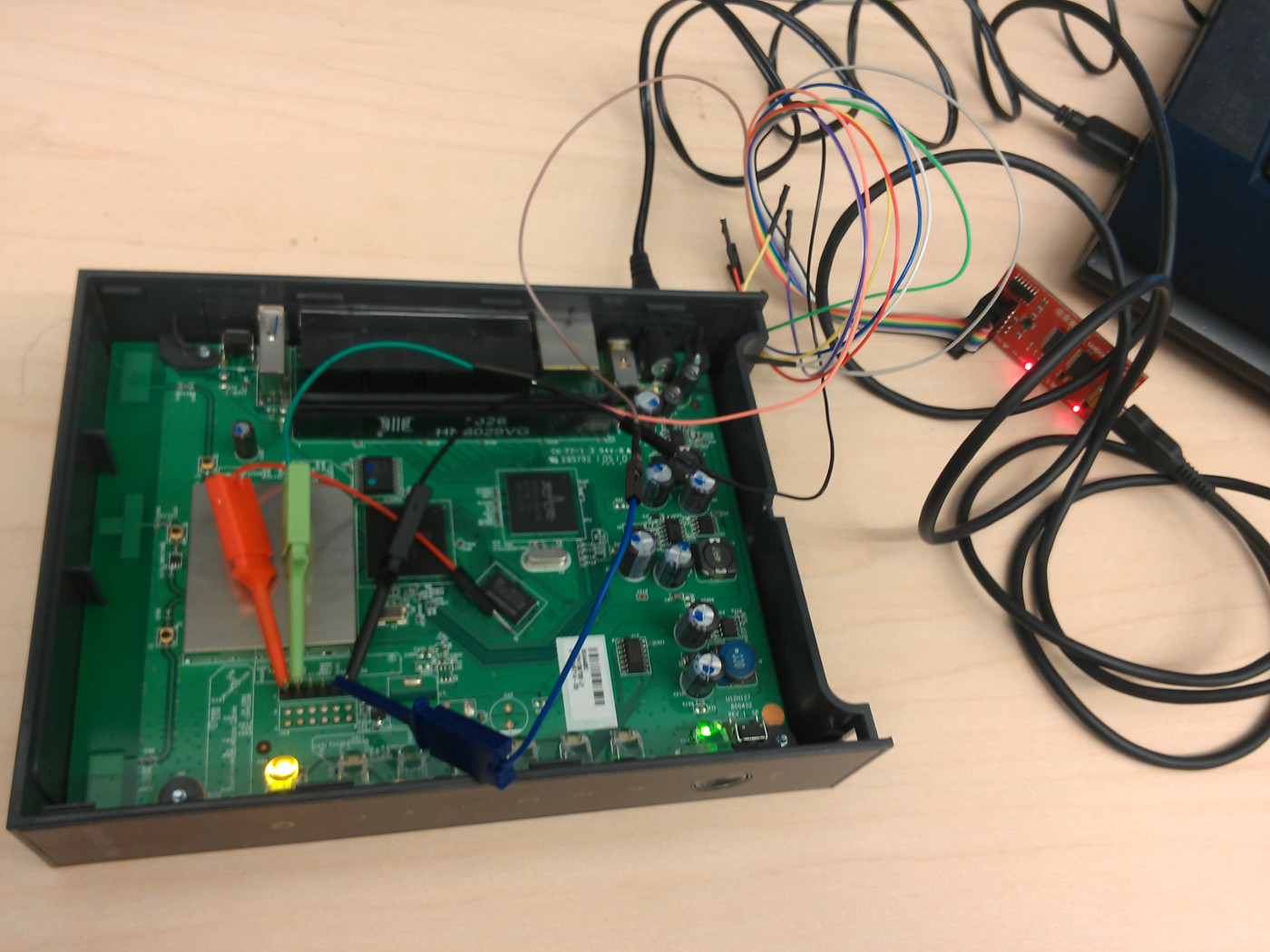 I’ve been terrible about writing things up lately, but want to at least put my semester impressions on the head of the chain of such posts.

One of my overall experiences is that teaching (and also, taking classes outside my typical discipline) has made me much more talky in class.

CS541: Compiler Design/Finkel
It’s a core class in the CS program, but I’m taking it this semester because Dr. Finkel is teaching it, and his classes are always excellent. I believe this leaves only one compilers/programming languages class offered at UK I haven’t taken, and that one is in the math department and entirely not my thing. I’m just shy of qualified to teach this material, so there’s a slightly odd dynamic in which I wait before delivering answers, and Raphi is frequently imposing a cooldown on my responding in class anyway.

We’re building a compiler for a cleaned up, stripped down C-Like language in Java, basically following Crafting A Compiler. I’ve used an old version of Fischer LeBlanc as reference for compiler material and like it better than the others I’ve used, so I figure this should work out well. Thus far, I’m having more trouble getting myself back into the Java mindset (So OOP. Much Type System. Wow.) than with the Compilers material. High expectations based on experience.

CS621: Parallel and Distributed Computing/Zhang
It’s basically a class in MPI. I’m hopeful that having some nice assigned MPI projects to work on will be good for me. There are two problems though: first, I’m afraid it’s going to turn into a linear algebra class that just happens to take place on parallel supercomputers. Worse, the lectures are terrible. The organization is bad. The slide decks are bad. The Englishrish is bad. The quality of response to questions is bad. It may actually be worse than the terrible Differential Equations with Jar Jar Xin class I took as a freshman. However, it is of the form “CS6xx,” and the content is at least in principle something I want, so as long as the projects and grades turn out, I’m happy. Kind of pissed that the crap lecture overlaps the Friday CS BoF and associated conversation.

GS630: Instructional Technology/Rice
I’m having so much fun in here. It basically consists of a bunch of jaded grad students discussing instructional technology for college teaching, largely from experience, lead by a specialist in the area from CELT. Some of the discussions basically go like this. I’m afraid I’m becoming “that guy” in here because I talk disproportionately and occasionally convivially argue with or reference outside material to the instructor, but again, I’m having a ton of fun, and it counts toward my PFF certificate.

GS610: College Teaching Seminar/Worley
I typically don’t post up my beginning of semester impressions post until all my classes have met, but this one doesn’t start until well into February. At some level, I’m pleased that it’s a general college teaching course instead of a department-specific one, I have trouble imagining a full semester in-discipline teaching class that didn’t turn into a myopia reinforcement program. It should be fun, all the GS classes thus far have been.

I’m not teaching this semester, and hopefully will be getting to more research projects with the freed up time.

I noticed while writing the pre- post for the new semester that I lost track of my customary semester review for the past semester while I was moving hosting. Pushing it up now.
END_OF_DOCUMENT_TOKEN_TO_BE_REPLACED