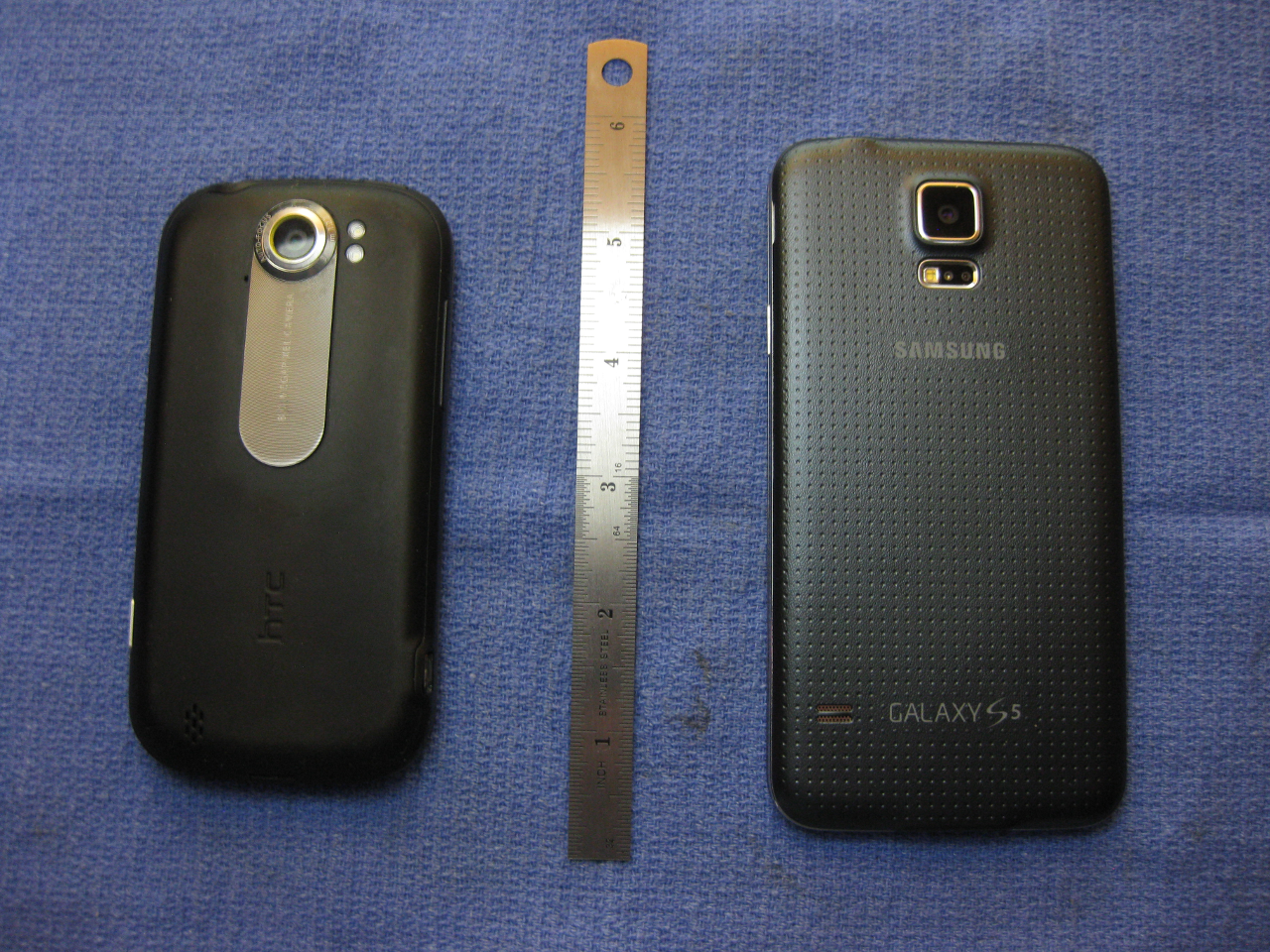 I got a Samsung Galaxy S5 (The T-Mobile flavor, SM-900T) a week ago. I’m pretty pleased with it overall, but many of the impressions worth sharing are not positive, particularly of the small-but-stupid variety. Much of the animus (and credit) is really for Google, not Samsung.

The phone I want would have about a 4.7″ display, a sliding hardware keyboard, and removable battery and SD card, but that feature set is apparently like wanting a pony right now. The SGS5 was about as close as I could get (The Alcatel OneTouch POP Astro wasn’t too far off from the low end, but it does not appear to even have a known root method). The decision was made partly because the market trends for little handheld computers seem to be getting less to my liking rather than more, so buying a flagship device that I can keep for years seemed reasonable. It’s predecessor, a HTC MyTouch 4G slide, was purchased in 2011 on much the same principle – it ended up being one of the last reasonably-first-class phones to have a keyboard.

Again, I’m overall pretty pleased with it. I’ve been varying how I carry it – behind my wallet in my left pocket (nothing scratchy in my usual layout) works pretty well, I bought a passable belt case for a couple bucks from amazon, and sometimes just let it dangle from my shirt pocket – but it turns out carrying the larger flatter device is a smaller adjustment than using it.

This entry was posted in Computers, Electronics, General, Objects and tagged Android, SGS5. Bookmark the permalink.