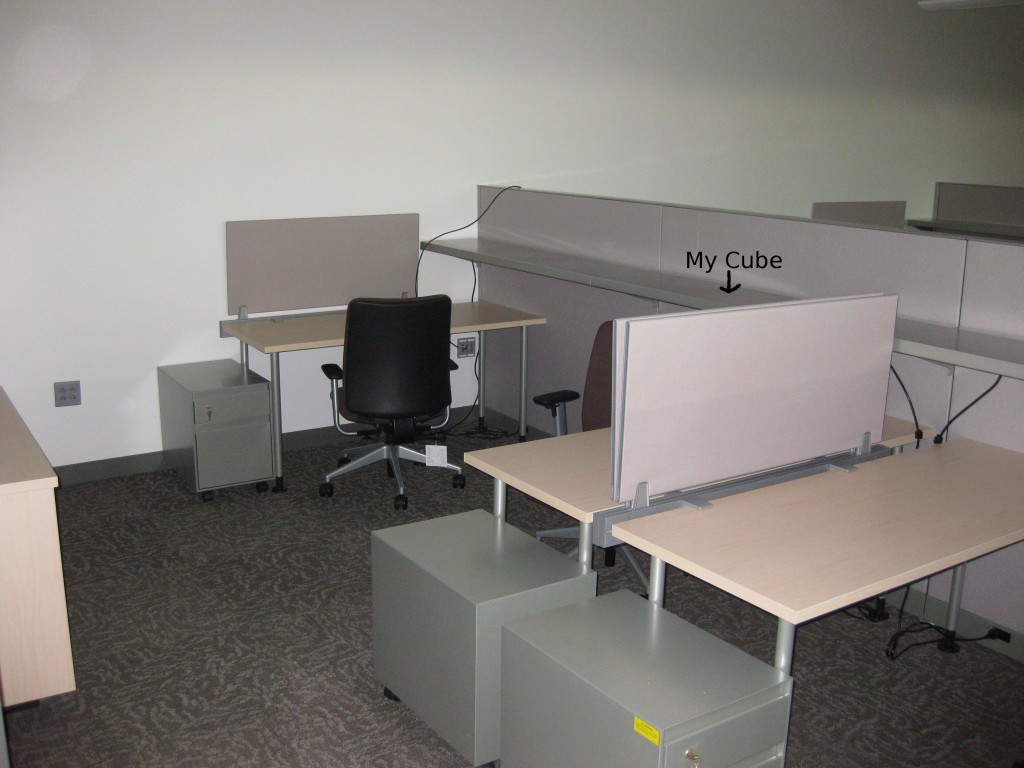 I’ve had a couple neat projects eating up my spring break, but one of the bigger ones has been helping move the KAOS group into UK’s new Marksbury Building. So far it seems nice and very attractive, albeit a little weird – we’re talking 40+% unsuable glassed-in hallways, cubicle farms, and almost no storage space. I have a little cube in the corner of a lab on the first floor to call my own (until it is dynamically reallocated away – everything in the building is wrongheadedly set up to prevent entrenched labs…), which is actually a reasonably nice workspace. On that note, the various bits of furniture in the building have ABSURD list prices; each of the 12 student desks in the lab have at least $2,155 of furniture in them, including a useless drawer-and-a-half wheeled filing cabinet with a $700 list price, and a table(labelled “desk”) with a $368 list price – which is nearly indistinguishable from this $54 number from IKEA. We also have several conference tables where each LEG has a list price in excess of $300, and the whole building is furnished this way. I have no doubt that the institutional discount was deep, but it is still startling to contemplate. 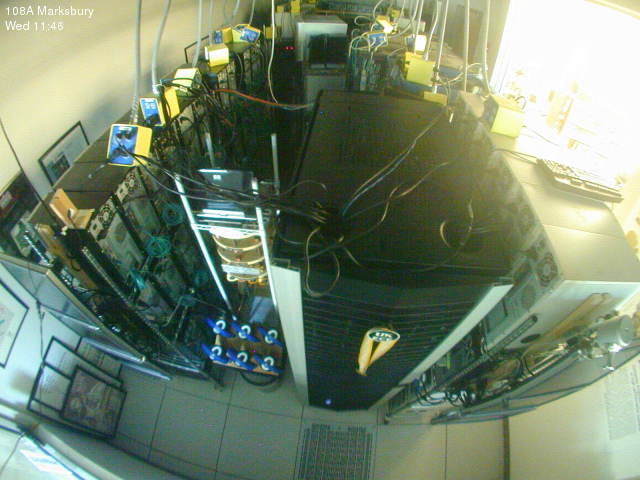 One of the cooler bits is getting the group’s new machine room up – total floor space wise it isn’t very large, but has enough power and airconditioning for a couple city blocks of normal residential buildings, and enough exposed glass to make working in it a little like being in a zoo. The airconditioning unit in the back of the room that feeds the raised floor is so loud it is uncomfortable to be in the room without hearing protection, which makes working in it sort of surreal, and gives the adjoining lab a nice “distant waterfall” level of white noise. We’re bringing up somewhere in the neighborhood of 200 machines in there initially, most of them with fairly straightforward single-link Ethernet networks and stateless node configurations – so far two of the smaller machines (cik and emcluster, made of Core2Duos and Opterons respectively) are up with caos NSA and Perceus, as has been our habit of late. Unfortunately, the administrative process still has nonroutable IPs on our drops in the server room, so we can’t SSH in to use the machines remotely yet.
This entry was posted in Computers, DIY, General, School and tagged Clusters, Linux, perceus. Bookmark the permalink.