Article note: Neat, desktop-class ARM parts from a major vendor. I'm curious about the boot-loader situation, these things might be appliances. The benchmarks look a little cooked (I think the i7 comparisons are throttled to base clock?) Max 16GB memory cuts the current generation of machines off from any "high end" applications. Looks like their "Rosetta2" translation layer is a decent JIT, though it sounds like there are some quirks around memory behaviors (4k vs. 16k page size?), I'm excited to see how that works out. 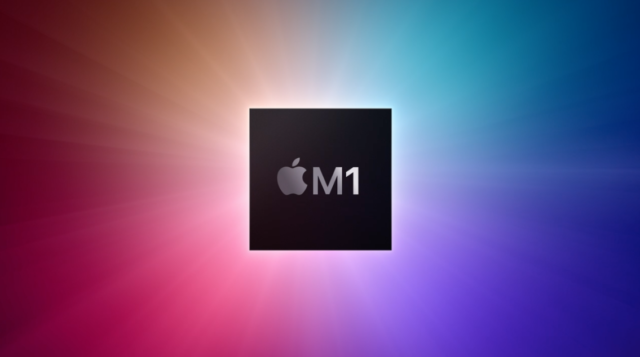 Apple's "One More Thing" event is all about Macs. Here's the scoop on Apple's latest chip, the M1, which is the first ARM-based computer chip the company is making in-house.

The M1 is the first computer chip built on a 5nm process with 16 billion transistors. Optimized for Apple's lower-power systems with minimal size and maximum efficiency, there are four performance cores and four efficiency cores in the CPU. Pound for pound, Apple says it has the highest CPU performance per watt, and the four efficiency cores alone match the performance of a dual-core MacBook Air while using much less power. This should contribute to longer battery life and better efficiency in low-power tasks like checking emails, for instance. 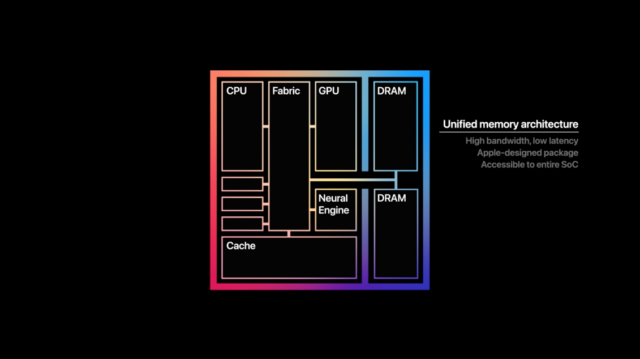 The integrated graphics card has eight cores and can process up to 2.6 teraflops, making it the world's fastest integrated graphics chip in a computer. In concert with the 16-core neural engine, which is capable of 11 trillion processes per second, Apple says apps like Garage Band can handle three times more instruments and effect plugins, while Final Cut Pro, for instance, can render complex timelines up to six-times faster. Compared to "previous-generation Macs," Apple says the M1 delivers "up to 3.5x faster CPU performance, up to 6x faster GPU performance, and up to 15x faster machine learning" with up to double the battery life.