Article note: I really like this "concrete examples in familiar products, explained with implications" presentation of agitating for better behavior.

Android should let users deny and revoke permissions; Apple should let people encrypt Icloud backups, Twitter should end-to-end encrypt DMs; all these and more appear on the Electronic Frontier Foundation's #FixItAlready page, which calls out Big Tech's biggest players for their biggest security and privacy fumbles, and explains in clear terms why these changes are needed. Read the rest

UC terminates subscriptions with Elsevier in push for open access

Article note: Damn. The UC system is not a small player, and while several large European institutions have already done so, AFIK they're the first large entity in the U.S. to ditch Elsevier. It is a legitimate "death to the parasites" situation, but also a little annoying on the ground floor to have to take "alternate" methods to get to publications.
Comments
Posted in News | Leave a comment

Article note: That looks like a really great form-factor - had something like this been available and credible at the time I bought my SGS9 I would have gone for it instead. 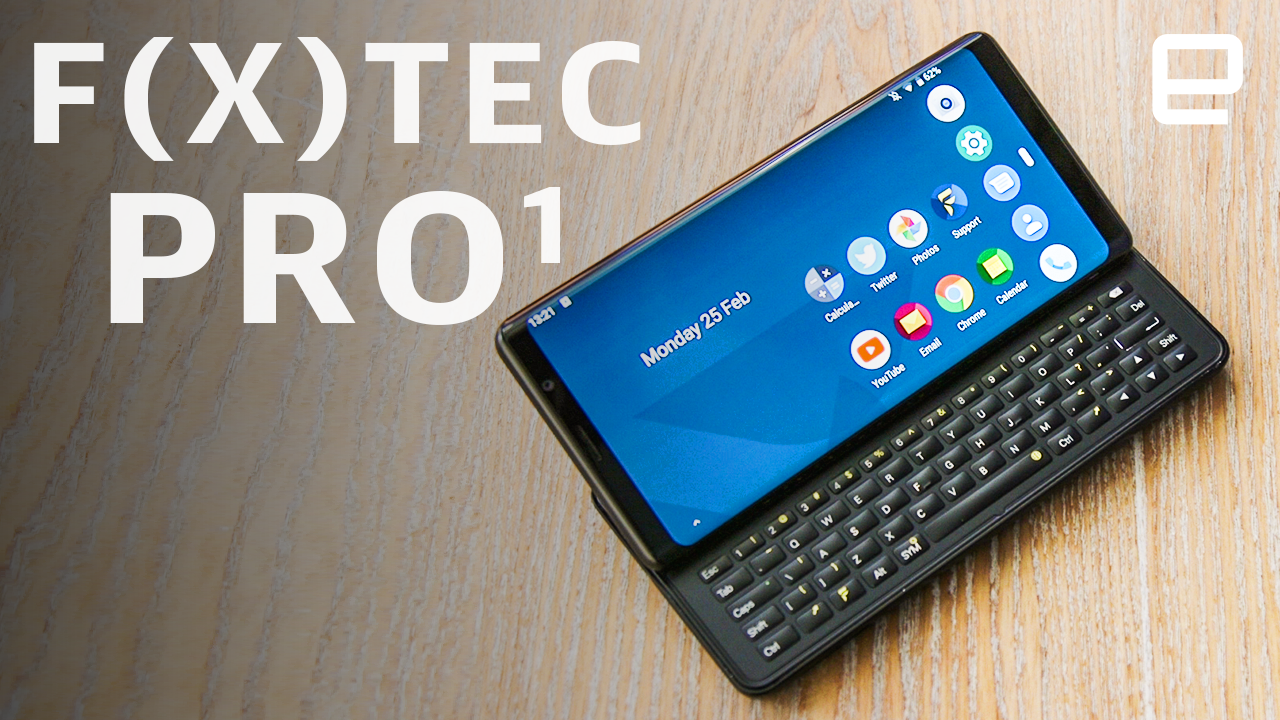 If you're a geek of a certain age, you probably had some kind of phone with a physical keyboard. For me, it was the BlackBerry Tour. For my younger sister, it was the magnificently chunky Motorola CLIQ. And for F(x)tec co-founder Liangchen Chen,...
Posted in News | Leave a comment

Article note: rad. It's presumably aimed at the same niche as the TI AM335x (think BeagleBone) only instead of having more-deeply-integrated but weird custom PRU-things for real-time offload, it has a Cortex A4 coprocessor just like the widely-used STM32F4 family for similar purposes. Should be _awesome_ for standalone machine controllers and the like.
Comments
Posted in News | Leave a comment

Article note: Interesting. Some of those are reasonably low-hanging problems, most are way past the sophistication of anything but a serious targeted attack. The relatively good performance of KeePass does provide further evidence for my "I want my password manager to have as little surface area as possible" principle. You can't have network and plugin leaks if the features aren't there.
Comments
Posted in News | Leave a comment

To Help Students, Colleges Are Dropping Remedial Courses. Will That Backfire?

Article note: I increasingly view leading on people who aren't ready as _cruel_ and bordering on theft. The absurd cost of college makes dithering in college a life-fucking proposition for many, and having students who (for example I have to deal with) don't understand _variables_ in sophomore-level math based courses is a demoralizing waste of time for all involved. I sometimes get unpublished numbers through the grapevine, the 5-year success rates for students admitted to UK's college of engineering who aren't calculus-ready is so low as to be essentially inevitable failure. Empirically, many of our most successful students are the ones who had the wherewithal to pre-position themselves at a community college at a tiny fraction of the cost. We want more of the latter and fewer of the former. Build a robust system to get them into programs that position them to succeed. Find ways to make those programs cheaper, more accessible, and more cleanly connected to college paths. I'm not sure that one of my colleague's "Offer deficient students admittance contingent on attending and successfully completing a remedial summer program" could be made to work here in reality, but it's still more promising than leading them on for a very expensive year then torturing them until they drop out. Universities are disincentivized to do the right thing here because then they don't get to cash in on the crash-and-burn process of hopeless cases filling seats in their giant service courses.

Article note: Shit. There are a lot of unattended-updating, Debian/ARM appliances in the world, and this can brick them. It sounds like, ironically, there might be a regression in their not-breaking-ABI patchset, which is why less-stability-focused distros didn't get hit.
Comments
Posted in News | Leave a comment

Article note: "Causing" is an inappropriately strong word, but I'll certainly go along with exacerbating. Q: What's the difference between the majority of ML techniques and p-Hacking techniques? A: Whether you know you're full of shit, or have successfully hidden it even from yourself.
Comments
Posted in News | Leave a comment

Senate passes bill to allow wine shipments into the state

A bill that would allow direct out-of-state shipments of wine to Kentucky consumers has won overwhelming approval in the state Senate. Senators voted 29-5 on Friday to pass the bill, … Click to Continue »

Don’t Get Clever with Login Forms

Article note: If I can't hit auto-type in my password manager and be logged in with no further action on my part, I already hate you.
Comments
Posted in News | Leave a comment