Shared items and notes from my feeds and browsing. Subscribe as feed.

Intel and MediaTek have formed a strategic partnership to build chips for "a range of smart edge devices" using Intel Foundry Services (IFS), Intel announced. The aim is to help MediaTek build a "more balanced, resilient supply chain," with added capacity in the US and Europe.

MediaTek is a fabless chipmaker that supplies processors for smartphones made by OnePlus, Samsung and others, with most of its capacity currently handled by fab giant TSMC. However, it looks like Intel will build chips for less glamorous devices used for industrial computing, medical devices, internet-of-things applications and more. Intel currently manufactures chips for MediaTek used in its 5G data card business.

Still, the partnership meets Intel CEO Pat Gelsinger's pledge to seek customers for its foundry business. Intel launched IFS in 2021 to take advantage of surging demand for semiconductor manufacturing by offering "leading-edge process and packaging technology," along with committed capacity in the US and Europe. As one of the leading fabless chip makers, MediaTek would be a key client.

Last year, Intel announced that it would build chips for Qualcomm as part of its foundry launch. It also detailed its "IDM 2.0" strategy to catch rivals TSMC and Samsung by 2025, kicking it off with a $20 billion investment in two Arizona fabrication plants. Later in 2021, the Biden administration spurned plans by Intel to manufacture silicon wafers in China as a way to relieve global chip shortage issues, citing security concerns.

The US Senate is set to vote on the CHIPS Act designed to bolster domestic semiconductor manufacturing with tax credits and up to $52 billion in subsidies. However, some industry players are concerned that it could unduly favor Intel, to the detriment of smaller manufacturers like AMD, Qualcomm and NVIDIA. Those companies design their own chips but don't manufacture them, so would see no direct benefit from subsidies.

An STM32 emulator written in Rust for 3D printers

Article note: So, nice tool and all, should be great for bug hunting, but my favorite is the top HN comment "I suppose emulating STM32s is all we can do at the moment. Impossible to buy one until sometime in 2023." Because it's true.
Comments
Posted in News | Leave a comment

Two decades of Alzheimer’s research was based on deliberate fraud

Article note: Article seems to be somewhat sensationalizing the impact of this particular fraud, but the (to quote Killer Mike) "Like, Cheat, Steal, Kill, Win" strategy has become so clearly _the_ viable strategy in academia: Publish a torrent of bullshit into a niche to establish yourself in the niche and ensure both a funding stream and no challenge. It's so entrenched I'm not even sure how it could be reeled back at this point.
Comments
Posted in News | Leave a comment

Article note: Good. Doing _anything_ that makes data-exfiltrating bullshit harder to see and resist is suspect.

Google says it’s rolling back its decision to remove a section from the Play Store that listed which permissions an app uses. The company had more or less replaced that info with its Data Safety section, which is supposed to give you an idea of what data apps are collecting and how that data is used.

The problem, as several commentators pointed out, is that the information in the Data Safety section came from developers, whereas the app permissions section was generated by Google. By removing it, Google made it impossible for users to do a quick fact-check by comparing the two sections or to use the info from both to get a more complete picture of what an app is up to and what it has access to.

Article note: Every time one of these pieces come up I chuckle in agreement, though I have to admit I've voluntarily been using Bluetooth headphones with computers recently. Pipewire and/or changes in bluez has made the situation on Linux less obnoxious ...and my 7390 has terrible speakers so, like the hot days when the awful AC in my previous apartment made horrible noises that prompted me to buy couple pairs of bluetooth headphones, I had external impetus. It's still an un-observable pain box, and I still wouldn't buy a device I planned to have audio-out on that doesn't have a 3.5mm jack.
Comments
Posted in News | Leave a comment

Article note: Well, this should be interesting.
Comments
Posted in News | Leave a comment

Article note: That's pretty cool, I've pretty happily used a couple of these sketchy Chinese diode laser + grbl machines, and have been low-priority eyeballing one with an air assist for myself. Ortur's offerings were pretty high on my list (last I looked ZBAITU seemed to have better air nozzles), and are promoted by, unusually, complying with the GPL. 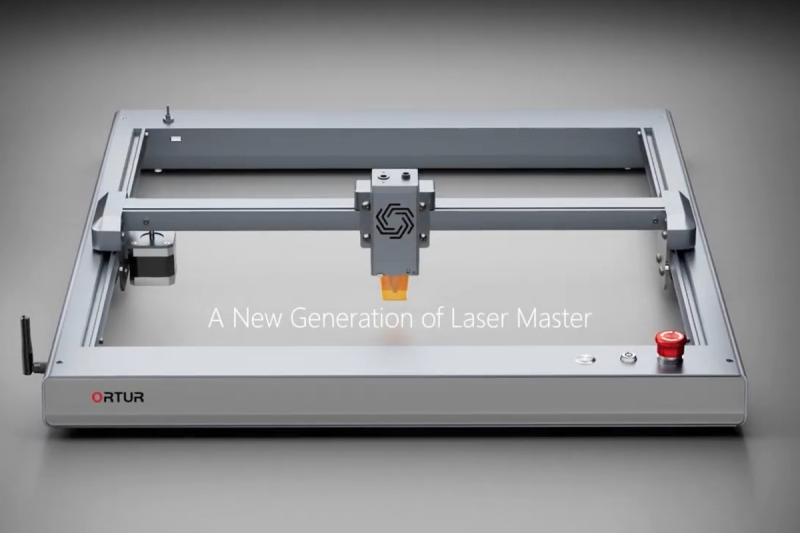 Well, that was fast! Last week, we wrote about a video by [Norbert Heinz] where he called out the Ortur laser engravers for apparently using the GPL-licensed grbl firmware without providing the source code and their modifications to it, as required by the license. Because open source and grbl are dear to our hearts and CNC machines, we wrote again about Norbert’s efforts over the weekend, speculating that it might just be unfamiliarity with the open source license requirements on Ortur’s part.

Because of [Norbert]’s persistance and publicity around the issue, the support ticket finally reached the right person within Ortur, and within two or three days [Gil Araújo], Support Admin at Ortur, managed to convince the company that going fully open source was the right thing to do. What remains is the question of how to do it, operationally.

So [Gil] asked [Norbert] to ask Hackaday: what do you want from Ortur on this, and how should they proceed? Via e-mail, he asked in particular for best practices on setting up the repository and making the code actually useful to non-programmer types. He said that he looked around at the other laser engraver companies, and didn’t find any good examples of others doing the Right Thing

, so he asked [Norbert] to ask us. And now we’re asking you!

Have you got any good examples of companies using open-source firmware, modifying it, and making it available for their users? Is a simple Github repo with a README enough, or should he spend some time on making it user-friendly for the non-coders out there? Or start with the former and work toward the latter as a goal? I’m sure [Gil] will be reading the comments, so be constructive! You’ll be helping a laser engraver company take its first steps into actually engaging with the open source community.

We said it before, and we’ll say it again. Good job [Norbert] for taking Ortur to task here, but also by doing so in a way that leaves them the option of turning around and doing the right thing. This also highlights that companies aren’t monolithic beasts – sometimes it takes getting your cause heard by just the right person within a company to change the response from a “this is a business secret” to “how should we set up our Github?” And kudos for [Gil] and Ortur for listening to their users!

Article note: The response to all this kind of shit should always be "If you want me to act professional, you better fuckin' pay me like a professional." If assholes want to build businesses on top of other people's hobby projects, that's their problem. Also, the rise of dung-beetle development, especially when coupled with a vast DAG of micro-libraries instead of a few large standard libraries, is a recipe for disaster for enough reasons that this isn't even the worst one.
Comments
Posted in News | Leave a comment