Article note: Ooh, a $50 IMX477 module with decent community support. I've been leaning on my OV2710-based industrial cube with CS-mount module pretty heavily for remote teaching, and the RPi folks look like they've composed a nice package for similar use-cases - I especially like how they did back-focus adjustment, which is always annoying with C/CS lenses. Manual indicates it is possible (but a little awkward) to flip the 1/4-20 mount, which is important for the uses I've had for that sort of camera. 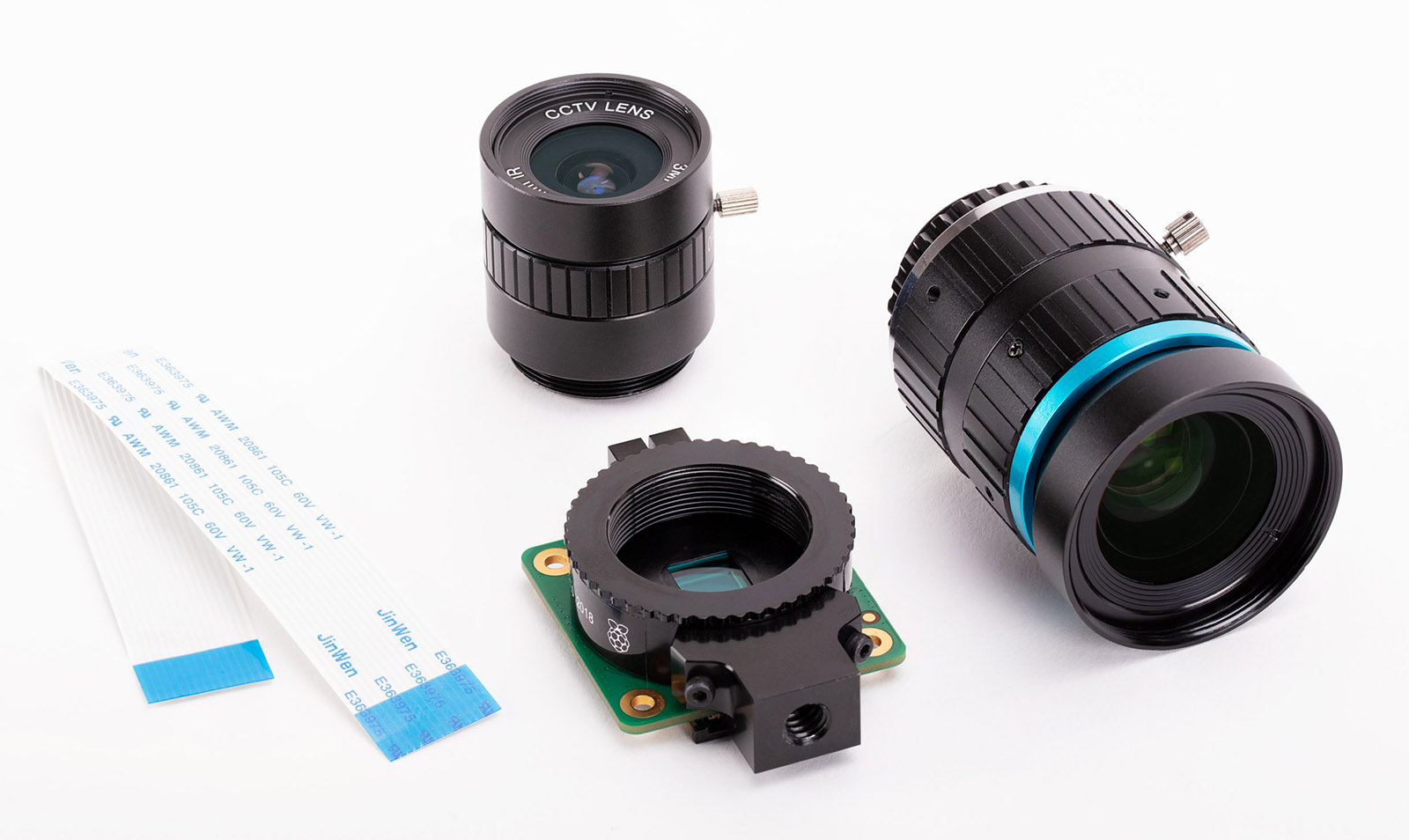 Raspberry Pi has launched a new high-quality, interchangeable lens camera for budding photographers or folks who want to learn how integrate a camera into their build projects. It comes with a 7.9mm (Type 1/2.3) Sony IMX477 12.3-megapixel back-illumi...
Posted in News | Leave a comment

Article note: That title might as well read "50% of Americans less stupid than average." Once we give the tech industry and powers that be permission to start openly collecting and correlating our location data, we'll have to shoot some motherfuckers to take it back. I'm sure they've already been doing a lot of it quietly, but at least they have to obfuscate and hide.

After what feels like the longest March and April in human history, hundreds of millions of us are itching to reboot the world and get schools, retail, and every other "non-essential" part of society up and running again. Before we can safely do that, though, we'll need an enormous increase in our ability to perform contact tracing—identifying and contacting everyone who's been in contact with a person infected with COVID-19 so that they in turn can hunker down in quarantine and avoid infecting others.

Contact tracing in a small or medium-size community is one thing, but doing it at scale is quite another. There are roughly 330 million people living in the United States, and reaching them all, even with a small army of trained contact tracers, is a challenge, to say the least. Scale, however, is one thing modern technology excels at, so Apple and Google have proposed a platform that would let everyone's smartphones become part of a massive national contact-tracing network.

Before the platform is even developed, though, it's showing two huge problems. First, billions of phones won't be able to use the tech. And second: even among those who could, a solid half of Americans would refuse to because they don't trust insurers or tech companies with their health data.

Article note: Behold: An industry death-thrashing. Home media delivery has become too good, and their response is "We're going to give up our whole share of the profits to ding one of our upstreams' share just a little bit." 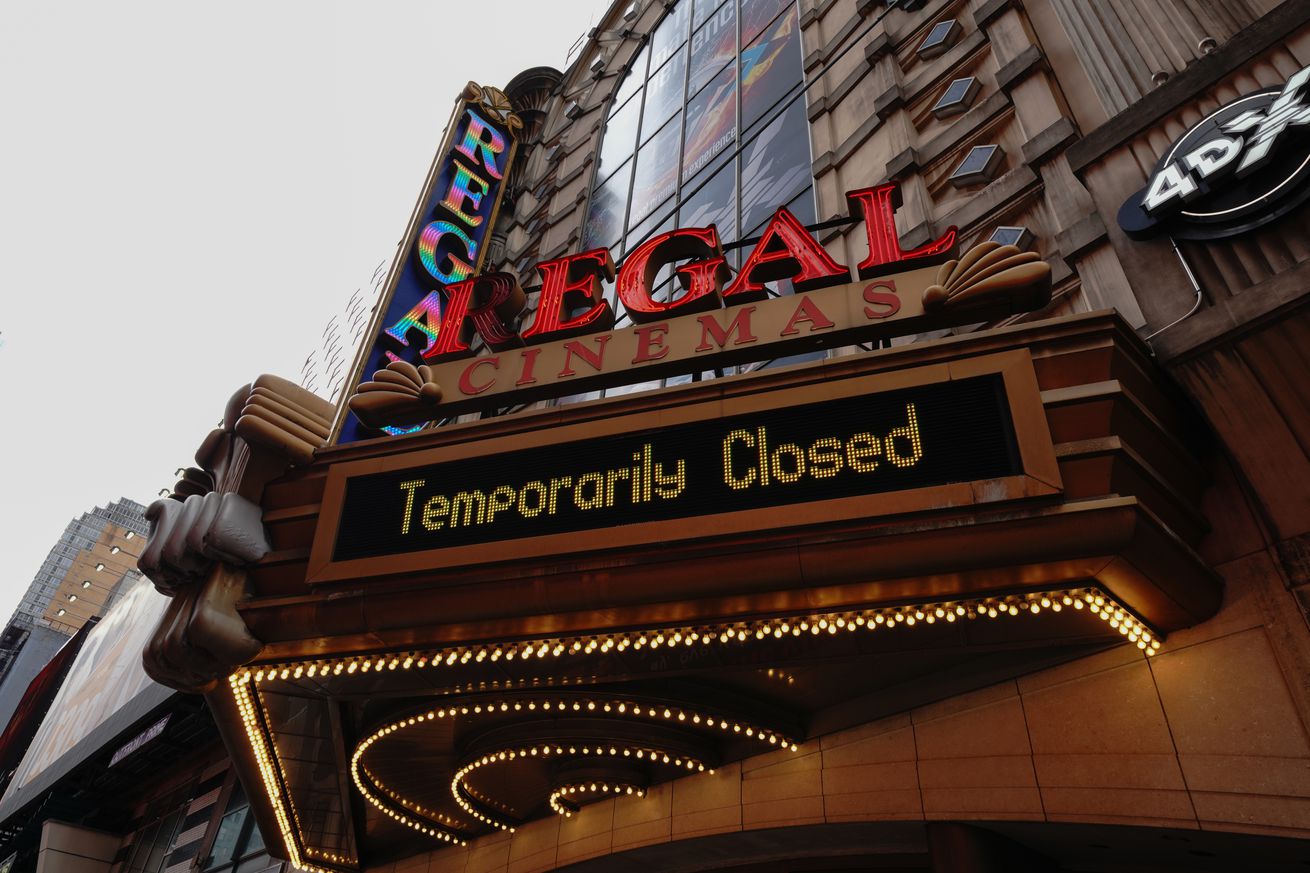 Regal Cinemas owner Cineworld has joined AMC Theaters in declaring that it will not show Universal movies — or films from any other studios that “fail to respect” the theatrical window.

The decision comes after Universal touted the success of Trolls World Tour’s straight-to-digital release. Yesterday, AMC Theaters decided to bar Universal movies because of comments made by NBCUniversal CEO Jeff Shell, arguing that Universal didn’t take theater chains into consideration when it made the decision to go direct to consumer. The ban extends to Odeon Cinemas, which is an AMC company, in the United Kingdom. Other partners “called us in timely manner and told us that in the current situation they want to shorten window for movies that were...

Article note: Nice. The support list isn't quite as wide as would be nice, but having a good stream-out option that doesn't involve a capture card is something I'd like to see from more prosumer type cameras, it's very useful to run tethered sometimes. 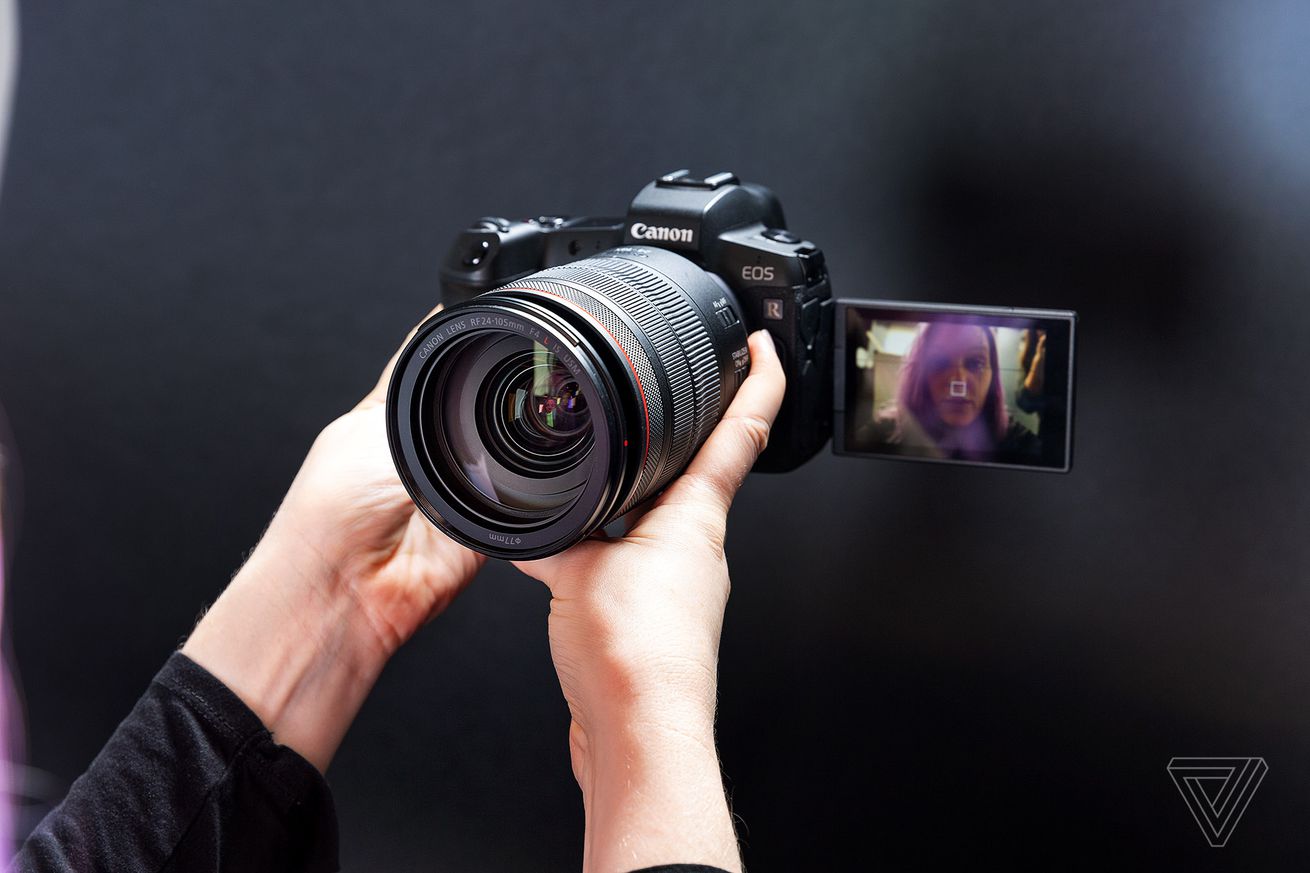 Interested in improving the video quality of your own Zoom frame tenfold? If you’ve got a recent Canon mirrorless, DSLR, or PowerShot camera, you can now use it as a webcam and put everyone else on your video call to shame. As noted by DPReview, the company has released a beta of “EOS Webcam Utility” for Windows 10 that lets you plug in any of the below supported cameras over USB and have it serve as your PC’s webcam. And this should work fine for most of the big video conferencing options, whether you’re using Zoom, Microsoft Teams, BlueJeans, or another service.

Article note: The fact that this was closely contested is a strong sign that copyright maximalism has metastasized in our society, and we desperately need to start working on cutting it out in earnest.

A narrowly divided US Supreme Court on Monday upheld the right to freely share the official law code of Georgia. The state claimed to own the copyright for the Official Code of Georgia, Annotated, and sued a nonprofit called Public.Resource.Org for publishing it online. Monday's ruling is not only a victory for the open-government group, it's an important precedent that will help secure the right to publish other legally significant public documents.

"Officials empowered to speak with the force of law cannot be the authors of—and therefore cannot copyright—the works they create in the course of their official duties," wrote Chief Justice John Roberts in an opinion that was joined by four other justices on the nine-member court.

Everyone involved in the case agreed that the text of state statutes could not be copyrighted. But the state of Georgia argued that it could copyright annotations that are distributed with the official code. These annotations provide supplemental information about the law, including summaries of judicial opinions, information about legislative history, and citations to relevant law review articles. The annotations are produced by a division of legal publishing giant LexisNexis under a work-for-hire contract with the state.

What happens when scientists admit error

Article note: That's pretty heartening. I kind of expect the system to crush people who admit the rush to publish has caused a problem. Then again, this is in psychology where 97% of original studies and 36% of replications find a significant result, so they're already in up to their eyeballs.
Comments
Posted in News | Leave a comment

Article note: Oooh, that's exciting. Shitty support for specified precision is a _major_ problem in most languages and toolchains for everyone looking to do anything about power or performance right now. I couldn't use LLVM for my MS work in part because at he time it scrubbed almost all the precision information in the IR.

Erich Keane, a compiler frontend engineer at Intel, has committed a patch to the LLVM Clang project that enables custom width integers - such as 31 bit, 3 bit or 512 bit.…

Article note: Miscreants mass-reporting as a form of harassment in 3..2.. 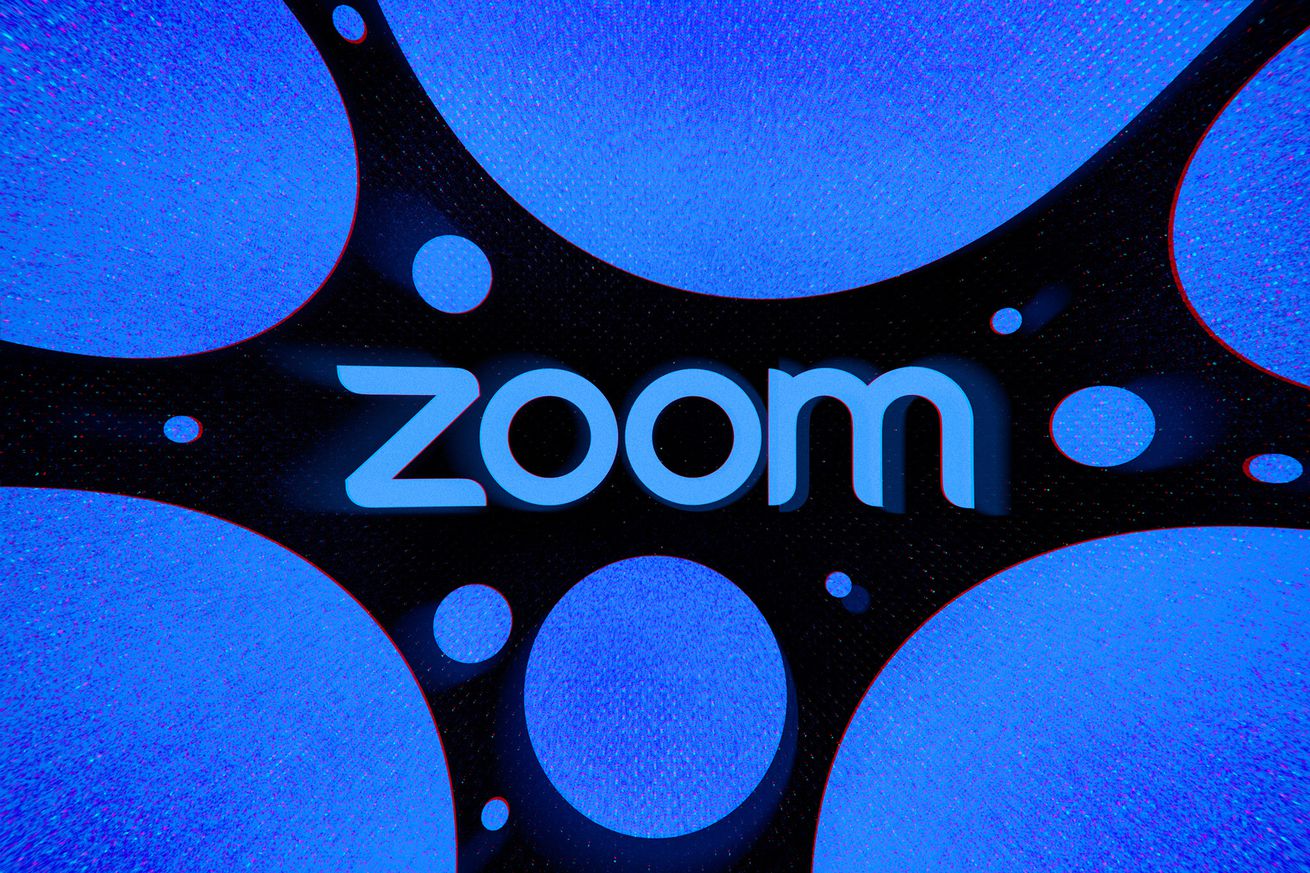 Illustration by Alex Castro / The Verge

Zoom is adding a way for hosts to report meeting participants, according to the app’s release notes published on April 19th (via PC Mag). In theory, that could help the company track down trolls that take over Zoom calls and share inappropriate material, a practice more colloquially known as “Zoombombing.” Zoom says the reporting feature will be available in an update that’s scheduled to release on Sunday, April 26th.

“This feature will generate a report which will be sent to the Zoom Trust and Safety team to evaluate any misuse of the platform and block a user if necessary,” Zoom said in the update notes. Account owners and admins will be able to turn on the setting. Zoom declined to comment when The Verge asked for more details about...

Will The Pandemic Force Us to Learn How to Cook?

Article note: The thing I'm hoping is that the period of recreational cooking will teach the upper-middle-class kids who tend to have a terrible relationship with food because it is always purchased or served to them prepared (They might get hurt in the kitchen! They are at sportsball practice while the food prep is done! They need that time for resume fluffing club!) to participate in food production and understand their food and how it makes them feel. ...And then not get fucking scurvy while still overpaying for food in college.

"In one recent survey, 54 percent of respondents said they cook more than before the pandemic," writes a clinical associate professor at NYU's business school: 75 percent said they have become more confident in the kitchen and 51 percent said they will continue to cook more after the crisis ends. Interest in online cooking tutorials, recipe websites and food blogs has surged. Dozens of recipe writers and cookbook authors such as Alison Roman, Jet Tila, and Julia Turshen are frenetically posting ideas and answering questions on Twitter and Instagram. "I feel like this virus is a conspiracy to make me learn how to cook," Eliza Bayne, a television producer tweeted... The search term "online cooking classes" saw a fivefold increase on Google over the past four weeks, and the search title "cook with me" saw a 100 percent increase in average daily views on YouTube in the second half of March. This surge in cooking is meaningful, as people who frequently cook meals at home eat more healthfully and consume fewer calories than those who cook less, according to multiple studies. One of the biggest barriers to cooking frequently is that it takes practice and time to gain proficiency and ease. That initial training time has simply not been available to most Americans, as the pace of life has intensified over the decades. Nor has there been a perceived need to cook because prepared and fast foods were readily available. The pandemic has put everything on pause, and almost every "nonessential" worker, employed or unemployed, is now enrolled in a de facto home economics course... [W]e are acquiring an ancient skill that has been shown to help people live better and longer. If we apply that skill with greater frequency over the long run, it could reduce our risk of chronic diseases such as diabetes, heart disease and stroke... Once life rebounds, we may go back to our previous ways, but our palates will have experienced a reset and our hands would have acquired an artful skill... There will be many lessons from the coronavirus pandemic, but we would be wise not to forget this one. This newfound proficiency could be lifesaving. Of course, he also notes that sales are also up for Hamburger Helper (and other packaged good). But what's your experience been like. Are any Slashdot readers doing more cooking? 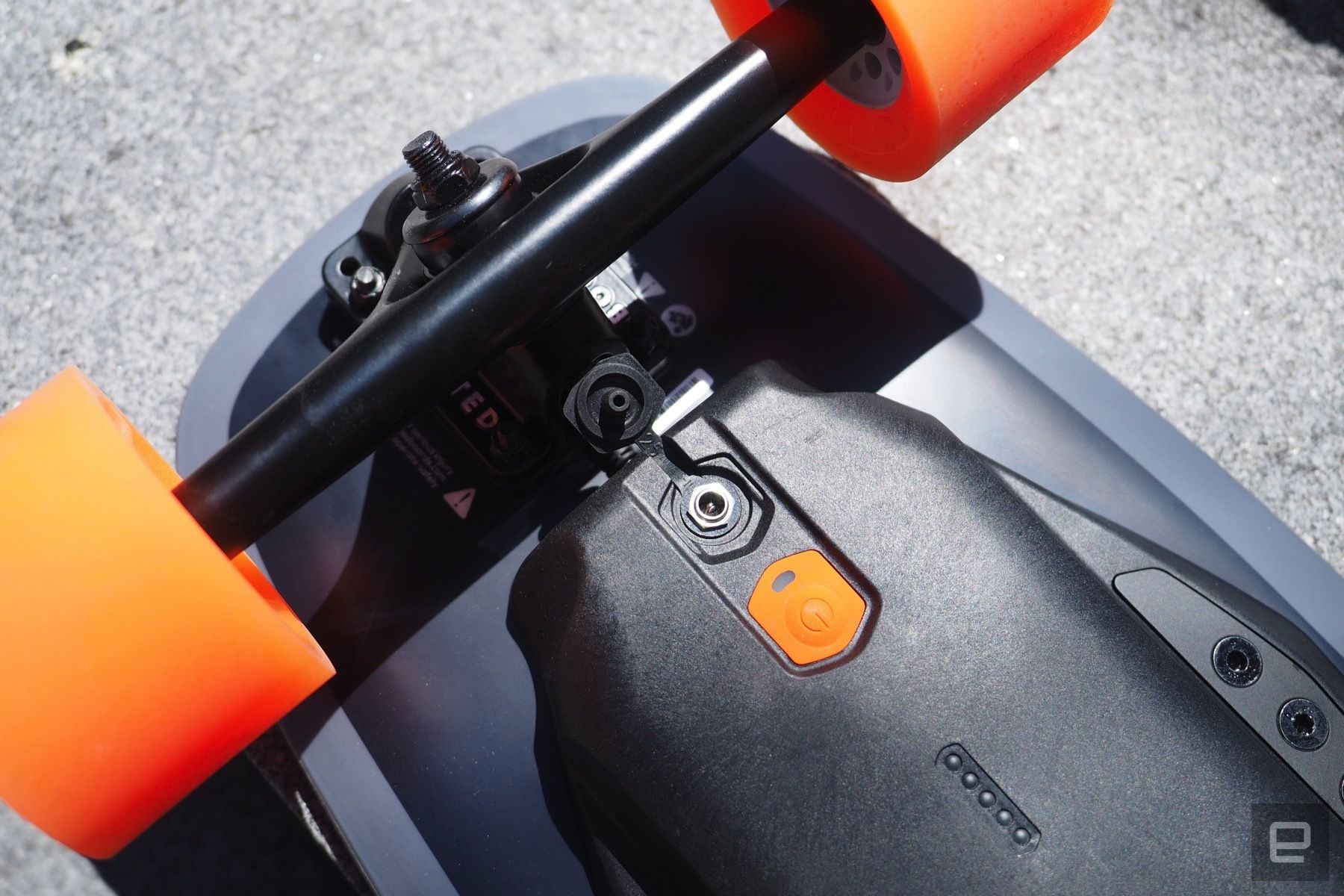 Electric scooter company Lime is buying the designs, software, parts and test equipment of Boosted, according to The Verge. While neither Lime nor the electric skateboard company has made an announcement, some Reddit posts and patent files seemingly...
Posted in News | Leave a comment